Respect right of youths to vote 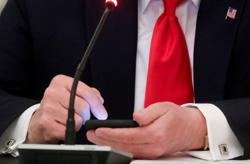 ONE of the most critical ways that individuals can influence government decision-making is through the voting process. In every democratic society in the world, voting is the instrument that society uses to determine their fate and that of their nation. Thus, it is vital for people to be given the right to vote.

The Universal Declaration of Human Rights (UDHR), adopted unanimously by the United Nations General Assembly in 1948, recognises the integral role that transparent and open elections play in ensuring the fundamental right to participatory government. Article 21 of the UDHR states that:

1. Everyone has the right to take part in the government of his country, directly or through freely chosen representatives;

2. Everyone has the right of equal access to public service in his country; and

3. The will of the people shall be the basis of the authority of government; this will shall be expressed in periodic and genuine elections which shall be by universal and equal suffrage and shall be held by secret vote or by equivalent free voting procedures.

The role that periodic, free elections play in ensuring respect for political rights is also enshrined in the International Covenant on Civil and Political Rights 1966 and European Convention for the Protection of Human Rights 1950, among others.

However, the right to vote is not fully enforced for millions of people around the world. In Malaysia, people between the ages of 18 and 20 are not allowed to vote. Many politicians and people in this age group themselves are now voicing their dissatisfaction over this issue.

It is worth noting that our Federal Constitution was drafted in the 1950s and took into consideration the prevailing circumstances. It was a different world back then. There are many issues in our contemporary society that demand active participation from youths, including politics. As such, excluding a certain group of youths from participating in the democratic process, like the right to vote, is detrimental to their future and basic human rights as well.

The government formed after the 2018 General Election had initiated a bill to amend the Federal Constitution to lower the minimum voting age from 21 to 18. The Constitution (Amendment) Bill 2019 (popularly known as the Undi18 Bill) was passed by Parliament in 2019.

Getting Members of Parliament to support the Bill was by no means easy, with one of the points of contention raised being the Automatic Voter Registration part. But the Bill was finally approved with bipartisan support.

The passing of the Undi18 Bill received positive feedback from the people, especially youths. Many benefits can be enjoyed when the country allows more youths to come forward and participate in the democratic process via elections.

Thus, the present government should uphold the decision made by our Parliament in 2019 and implement Undi18 by July 2021 as planned so that Malaysians over the age of 18 can vote in the next general election.

We should be confident in the ability of our young people to decide on the fate and future of our country.

Respect the right of our youths to vote.

Faculty of Syariah and Laws 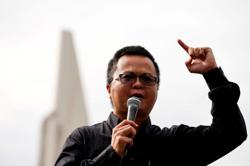