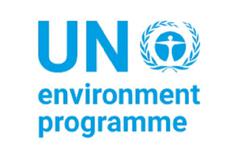 WWF-Malaysia congratulates the Department of Wildlife and National Parks (Perhilitan) and Royal Malaysia Police for this well-deserved recognition of their efforts through the Operasi Bersepadu Khazanah initiative to curb trespassing, wildlife poaching and other illegal activities involving our natural heritage.

The initiative, which began in 2019 as part of Perhilitan’s “Save Our Malaysian Tiger Campaign”, resulted in the arrest of 87 wildlife criminals and seizure worth RM2.7mil, and the destruction of 460 wire snares.

In 2020,140 wildlife criminals were arrested, with seizure worth RM1.85mil and the destruction of 672 snares. These numbers are a grim reminder that the critically endangered Malayan tiger and other wildlife are still under immense threat from rampant poaching.

A WWF report published in 2020, titled “Silence Of The snares: Southeast Asia’s Snaring Crisis”, reveals that an estimated 12 million snares are set every year throughout protected areas in Cambodia, Lao People’s Democratic Republic and Vietnam, and an average of 53,000 snares were removed annually from 11 protected areas in five South-East Asian countries, including Malaysia.

This is why WWF-Malaysia is also encouraged by the recent boost of RM20mil allocated by the government under Budget 2021 for Perhilitan’s Biodiversity Protection and Patrolling Programme, another major initiative that aims to put more than 500 personnel on the ground to curb poaching in the largest forest complexes in Peninsular Malaysia. This is indeed critically needed to halt the decline of a multitude of wild animals, which face extinction if nothing drastic is done.

We could draw parallels with WWF-Malaysia’s experience in Belum-Temengor where the threat of poaching appears to have dropped after a period of intensive patrolling.

Through efforts by both WWF-Malaysia and Perak State Parks Corporation, more boots were put on the ground in Belum-Temengor, resulting in a 99% drop in active snares found. This is an encouraging indicator that these efforts are working.

The camera trap images of a tigress and three cubs in mid-2020 are a sign of hope that we are on the right track. Given time and consolidation of efforts by both government agencies and NGOs, we hope to be able to “bend the curve” in conserving tigers and other wildlife.

This is why initiatives such as Operasi Bersepadu Khazanah and the Biodiversity Protection and Patrolling Programme need to continue and be expanded over the long term, preferably by being institutionalised so that there is continuous funding for implementation.

WWF-Malaysia’s tiger conservation work on the ground, which includes research on tigers and their prey, engagement with local communities and supporting enforcement agencies such as Perhilitan, would not be where it is today without the full support of the Energy and Natural Resources Ministry, Perak state government, Perhilitan, Royal Malaysia Police and corporate entities like Maybank. We look forward to fostering closer collaboration to conserve our natural heritage.

As conservationists around the world focus on World Wildlife Day, we also stand with the Energy and Natural Resources Ministry to call for greater cooperation in efforts to combat forest encroachment, illegal logging and wildlife hunting. 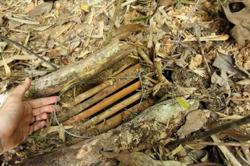