A sad tale of unrequited love

IT is difficult to love someone who doesn’t love you back. No, this isn’t another K-drama. This is my life.

A few years ago, I made the decision to come home for good despite having a confirmed permanent

job that would pay thousands of pounds. At a time when my Malaysian friends were packing away their white robes and making arrangements to begin working as doctors, I was the odd one out – I was packing for home.

The road ahead was admittedly scary. We were told it would take ages to get a permanent job in Malaysia. And yet I thought, a job was promised! We were “critically” needed, after all.

Hence, I became the one cajoling my friends to come back home.

It’s OK I said, many have taken this path before and we shall triumph too! Let’s go back home!

When people were puzzled why I would leave Britain and return to Malaysia, I often joked that it was the nasi lemak that drew me home. In all honesty, I felt it a little clichéd to actually say that I came back to serve my people. It was them, anyway, who gave me the opportunity to spread my wings and fly across an ocean.

It’s odd but I remember coming back from the UK for my electives, walking into a ward (where I would later work) and seeing a frail old Indian man and – I cannot remember what it was about him that triggered this – thinking: There, these are the people I want to come back and serve.

And so I did. I came back and I am serving my time. I am not alone. I am not special. There are many like me. But these are desperate times for junior doctors. Because no matter how much we love this profession or how much effort we put into it, at this moment, it is impossible to say that we can continue practising.

Yesterday, I met a dear friend who served this country for two years, even contracting Covid-19 in the course of her work. This week her contract with the government ended. It will not be renewed. She is not alone. There are many like her. Our most dedicated doctors are leaving to serve other nations in light of the bleak future here.

Yesterday I met a dear friend leaving for Singapore. Last year I saw a friend leave for the United States, another for Britain. They are not alone. There are many like them.

Even if you try to keep positive, you cannot keep loving someone who doesn’t love you back. It will only hurt you – or, in this case, leave you without the means to make a living. 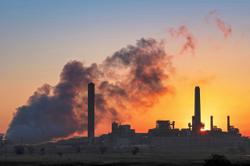 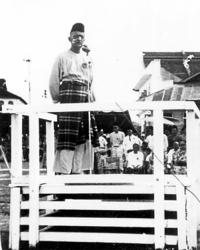