Malaysians were perplexed yesterday by news of yet another bailout of Malaysia Airlines (MAS) when its parent - Malaysia Aviation Group Bhd (MAG) - revealed that sovereign trust unit Khazanah Nasional has committed to inject RM3.6bil in new capital into the perennially loss-making airline. This latest bailout comes after Finance Minister Tengku Datuk Seri Zafrul Abdul Aziz’s statement last November that RM28 billion had been injected into MAS by Khazanah then, raising the total bailout of MAS to RM31.6bil.

To put what RM31.6bil amounts to in a layman’s perspective, it means that if that amount was given to every Malaysian adult and child in Malaysia’s population of 32.7 million as at December 2020, each will get RM967. A family of 5 will receive RM4,835 - a handy sum in the current Covid-19 pandemic.

The opportunity cost of RM3.6bil can also be compared with building 30 government hospitals with 100 beds each nationwide, giving every state two new hospitals each or upgrading 431 dilapidated schools, such those in the interior of Sabah and Sarawak.

Therefore, this begs the question; what makes bailing out MAS so important? What does MAS deliver that requires every Malaysian to donate nearly RM1,000 each to an airline that is perennially loss-making, and has workforce of just 12,000 employees. In the history of aviation, bigger names than MAS such as TWA, Pan-Am and low-cost air travel pioneer Laker Airways folded when they were unable to compete with and adapt to air travel trends and yet, the industry remained stronger today than ever before. Nimbler airlines each offering niche products are now serving global travellers.

For example, the latest industry trend is ultra-long-range flights. Singapore Airlines is offering a 19-hour non-stop flight from Singapore to New York, Qantas is rolling out “Project Sunrise” in 2024 with flights up to 21 hours, Qatar Airways is offering a 18-hour non-stop Doha- Auckland flight. Ultra-long-range flights are ultra-premium products which adapted from the global Covid-19 pandemic environment by offering direct point to point flights instead of hub-to-hub.

To MAS’ credit, it did demonstrate intent on pioneering ultra-long-range flights. On April 2,1997, a Malaysia Airlines B777-200ER named “Super Ranger” broke the great circle “distance without landing” record for an airliner by flying eastward from Boeing Field, Seattle to Kuala Lumpur, a distance of 10,823 nautical miles (20,044 km), in 21 hours and 23 minutes.

It was the world’s longest non-stop, non-commercial flight and that created much fanfare for MAS and its then-owner, Tan Sri Tajuddin Ramli but alas, MAS failed to offer a compelling business model. Just three years later in 2000, Prime Minister Tun Dr Mahathir Mohamad forced Petronas to buy back MAS shares from Tajuddin at RM8 a share, which reportedly was at 117% premium to the market price.

For those who wish to know about MAS’ misadventures with privatisation, there are tons of written reports looking at Google search alone. Being a national airline, universities and academia have also written dissertations on MAS’ privatisation and transformation. Cutting the long story short, MAS was eventually sold to Khazanah Nasional Berhad in August 2014 for RM1.38 billion. This exercise was to enable Khazanah to take MAS private and to revamp its business model yet again. Subsequently, in 2018, word came out that Khazanah may consider winding up the airline given its failure to turn the airline around.

While the government had once again decided to rescue MAS, the compelling question is “Does MAS deserve this rescue?” We cannot be emotional with brands if it means bleeding taxpayers to their death. Pan-Am, TWA were industry icons for air travel, yet they have gone and the airline industry in the United States is stronger than ever.

We cannot argue that MAS is of strategic national interest. MAS is in a cut-throat industry that is price and product sensitive. MAS is neither competitive on price nor is its products compelling, from the consumer point of view. If anyone search for air tickets based on price using Travelocity, Kayak, Expedia or Skyscanner.com among others, you will not find MAS being the cheapest. Domestically, MAS fares are higher that AirAsia. In a study by the International Journal for Tourism & Hospitality in Asia Pacific on Malaysia Airlines, it reported that flight ticket of AirAsia departing from Penang to Kuala Lumpur cost RM 74.30 versus RM199.62 for MAS.

In terms of compelling products, it is not even an “apple to apple” comparison when we look at Qatar, Emirates, Singapore Airlines’ industry leading product offerings for which consumers are willing to pay super premium. Look at Qatar, Emirates and Singapore Airline First Class and Business Class products and compare them with MAS. It is such a world apart, even with Malaysian Hospitality aboard MAS’ latest leased aircraft, the A350-900. Travellers love new planes and MAS aircraft are old at 8.5 years, versus 5.5 years for Singapore Airlines and 5 years for Qatar. Even AirAsia’s fleet is just 6.4 years.

MAS was established as Malaysia’s national carrier in 1972 at an era when flying was elitist and having a national carrier gave nations prestige to be in the jet age. But that chest-thumping era has long passed and the airline industry is today about niche and trendy products, service excellence and innovation.

MAS cannot win passengers merely being Malaysian or promoting Malaysian Hospitality. And with the age of budget air travel, and now that everyone can fly, MAS will bleed the nation’s coffers until we have a leader with the gumption to say: Stop, the buck ends here. And Now.

When the Malaysian government moved to promote National Unity, one of the economic planks was that aid must be needs based. Is the rescue of Malaysia Airlines needs based?

> The Institute of Strategic Analysis and Policy Research (INSAP) is a think-tank focusing on political-economic research. INSAP develops long-term strategies and policies which are relevant to the interests and aspirations of Malaysians. 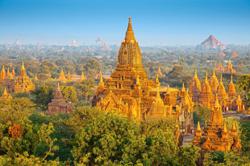