HATE speech in Malaysia tends to evolve around race and religion. Since the beginning of the Covid-19 pandemic, there have been some that were directed at foreign workers/illegal migrants.

Some started with pointing fingers at the initial outbreak, blaming it on tourists’ from China. I am sure you can name a few, too.

It is time we have laws against hate speech in this country. One of the biggest concerns we have on “more laws controlling speech” is the fact that they would be abused or seem to be oppressive or unfair.

Currently, Article 10 of the Federal Constitution guarantees freedom of speech, but there are a few Acts that regulate this freedom. These include the Sedition Act 1948, Official Secrets Act 1972, Printing Presses and Publication Act 1984, Internal Security Act 1960, Penal Code, and the Communications and Multimedia Act 1998 (CMA).

What can we learn from other countries?

In the United Kingdom, the Criminal Justice and Public Order Act 1994 made the publication of materials that incite racial hatred an arrestable offence. These include:

> Distributing racist material to the public;

> Creating racist websites on the Internet; and

> Inciting inflammatory rumours about an individual or ethnic group in order to spread racial discontent.

The UK’s Racial and Religious Hatred Act 2006 makes it an offence to incite hatred against a person on the grounds of religion.

In Malaysia, this falls under Section 298A of the Penal Code, where it is a crime to incite disharmony, disunity and enmity on the grounds of religion. An amendment was later made to include “racial feelings” under this section.

The immediate past president of the Malaysian Bar, Datuk Abdul Fareed Abdul Gafoor, has opined that it is not necessary to have new laws to deal with hate speech and the provisions could be added to the Penal Code.

In Australia, hate speech is dealt with under civil law, which allows a complainant to bring a case against an alleged perpetrator before a court or commission, and which may have other forms of penalties. This is an interesting idea for Malaysia to consider, as it would diminish the accusation of abuse of power by the authorities.

The Pakatan Harapan administration launched the Consultative Council for People’s Harmony (CCPH) on Nov 14,2019 to reduce racial tension with the overall goal of strengthening national unity. Unfortunately, it was dissolved by the current National Unity Minister on May 9 last year.

We need an independent, bipartisan commission to deal with hate speech. This commission should comprise individuals from both sides of the political divide, Suhakam and civil society organisations (CSO), and empowered to issue codes of practice, conduct formal investigations and serve notices to furnish information or documents in order to enforce the law.

And as clichéd as it sounds, we need more dialogue and education. No religion would allow for its adherents to mock, ridicule and abuse others. Respect, tolerance and understanding are values espoused by all religions and should be of the utmost consideration when exercising free speech. 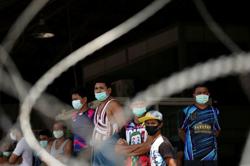 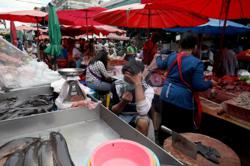