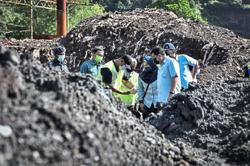 ON Nov 12,2020, taps in 34,000 households in Kedah ran dry. However, the problem did not receive as much media coverage as the recent water cuts in the Klang Valley, which affected millions of households and businesses.

If we don’t address the root causes of water disruptions, they could become a national problem. More often than not, river pollution is the cause. To resolve the issue once and for all, holistic solutions need to be implemented.

The Selangor state government’s decision to increase the maximum fine on convicted polluters to RM1mil is indeed encouraging. However, the fine is too low considering the huge losses suffered by thousands of businesses and inconvenience caused to millions of users.

The Federal Environment Department (DOE) is also looking at reviewing the Environment Quality Act 1974 to increase the penalties for offences nationwide. WWF-Malaysia supports this move and has submitted recommendations proposing severe penalties to deter repeat offenders.

But will increasing penalties alone be able to put an end to this persistent problem? We believe not, because the problem is pervasive.

Water pollution stems from a wide variety of activities and businesses, including restaurants, workshops, farms, plantations, mining, land clearing and even households. Pollutants discharged into the rivers by illegal industries or activities and accidental spills exacerbate the situation.

Increasing the penalties seeks to deter incidents of pollution, but this is only one part of a much wider suite of solutions. Others include protecting the integrity of our rivers and taking their assimilative capacity into consideration.

As rivers flow downstream, various stretches along their course offer different benefits. Preventing the shutdown of water treatment plants is dependent on what activities are allowed upstream of water intake points.

Water quality expert Ir. Dr Zaki Zainuddin often reminds us that rivers have a limited capacity to dilute pollutants that flow into them. Our current law allows industries to discharge wastes into waterways according to prescribed standards. However, the law does not take into account the assimilative capacity of the rivers, which is determined by their flow. Basically, a small river has less flows to dilute incoming discharges and would therefore have lesser assimilative capacity when compared to a large river.

The baseline on measuring how much pollutant is allowed into a river is known as Total Maximum Daily Load (TMDL). In short, without considering TMDL, and by mere adherence to legal standards, there will come a time when rivers can no longer dilute the cumulative pollution load. When the pollutant load exceeds the water treatment plants’ threshold, a shutdown is required.

To prevent river pollution, especially upstream of the water intake points, land use planning guided by a resource management tool such as Integrated River Basin Management Plans (IRBM) plays a crucial role. IRBM plans must be adopted, implemented and enforced by the authorities.

Among the reasons why IRBM plans are not successfully implemented are: (a) lack of collaborative efforts among various stakeholders; (b) inadequate management capacity and (c) financial and legislative constraints.

The rakyat must make IRBM an issue of importance to their livelihood and call on decision makers to allocate adequate budget for and remove constraints that inhibit its implementation.

To illustrate the power of the state and hence its responsibility, we can look at Selangor, which has its own water resources management authority, Lembaga Urus Air Selangor (LUAS). The Selangor Waters Management Authority Enactment 1999 confers LUAS vast powers to protect water resources, prohibit or limit discharges into state rivers and implement management plans to conserve water resources.

In effect, LUAS holds the regulating power to impose stricter conditions and standards for effluents discharged into rivers. For that, WWF-Malaysia calls on Malaysians to support the Selangor state’s proposal to impose “zero discharge” conditions to industries as well as moratoriums on new projects that discharge polluting effluents and runoff into the rivers upstream of water intake points.

TMDL studies are planned for a number of rivers under the 12th Malaysia Plan. This is commendable, but there is an urgent need to expedite them.

Local authorities should also enhance efforts to identify illegal industries that operate upstream of water intake points, especially those known for activities that could potentially pollute water resources. Firm action must be taken against them, including shutting their businesses down immediately. Legalising illegal industries is never a sound solution to river pollution. In fact, it may even encourage more illegal industries to sprout in the hope that they will eventually be legalised.

Enforcement also needs to be enhanced not just by the DOE but also by state and local authorities. Water resources management authorities similar to LUAS can be granted sufficient powers to protect and manage water resources sustainably as well as act on pollution cases.

We are blessed with abundant surface waters in our rivers. What we need to do is to adopt proactive and bold steps to prevent pollution and also protect our forested water catchments in order to secure our water needs. Our health and economy depend greatly on how well we protect and manage our forests and rivers.

Prevention is the key here; in this case, safeguarding our water resources is definitely more cost effective than suffering losses due to water disruptions. 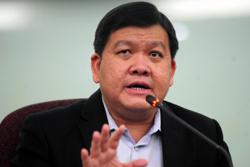