The governments of Malaysia, past and present, do not seem to be able to earn sustainable praises from its citizenry.

The issue of not adequately planning for Malaysia's ageing population is one such example.

Professionals and social NGOs have repeatedly warned that with 15% of the country’s population expected to be 65 years old and above by 2030, Malaysia was running out of time.

While the call for the government to start raising the retirement age from 60 to 65 is a short-term action plan that is still found wanting, caring for the aged is a serious social problem that has largely been ignored.

The number of unlicensed and perhaps even illegal homes mushrooming to cater to the elderly, infirmed and non-ambulant citizens is about chasing after profits.

The number of welfare homes in the country that suspiciously discriminate along race or religion lines, or are at the mercy of corrupt staff, are yet to be studied and exposed.

And those that run on charity are few and far between compared to the exponential demand from the B40 and even middle income groups.

What is the use of endlessly chasing after towering buildings and resplendent mega projects in the name of economic progress when the fast growing homeless population, the aged and those in serious need of geriatic care are in the millions already?

It is time that the government spoke up and tabled its blueprint on providing affordable, quality and respected caregiving, and to house the growing ageing population.

In fact, Malaysia needs well-planned retirement villages nationwide, with comprehensive nursing, medical care and social infrastructures built in to meet the needs of the infirmed as well as the ageing population.

Caring for our senior citizens without compromising on standards and making it affordable for the children and accessible for the abandoned old folks needs no prodding from the citizens. It is a categorical duty that a responsible government must see to. 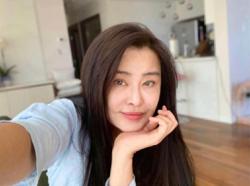