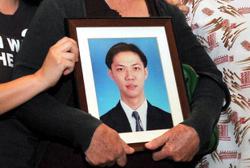 THE Malaysian Bar welcomes the news that the police have reopened investigations into the death of Teoh Beng Hock. This matter was referred to the Attorney General’s Chambers (AGC) and the police were instructed to continue with their investigations.

Teoh was found dead on July 16,2009, on the fifth floor of the Plaza Masalam building in Shah Alam after he was interviewed by the Malaysian Anti-Corruption Commission (MACC) at its 14th floor office of the same building. Teoh was then political secretary to local government, new village development and legalising of factories committee chairman Ean Yong Hian Wah, who was also Seri Kembangan state assemblyman.

The Court of Appeal had in September 2014 set aside the coroner’s open verdict, which is a decision affirming the occurrence of a suspicious death but without specifying the cause. A three-man panel ruled that Teoh’s death was caused by multiple injuries from a fall from the 14th floor due to or accelerated by unlawful acts by unknown persons, which may include MACC officers who were investigating Teoh.

We hope that, based on the Court of Appeal’s decision and recommendations of the Royal Com-mission of Inquiry into Teoh’s death, the AGC can consider reclassifying the case and investigating it under more serious penal offences.

The Malaysian Bar also calls for inquests into all cases involving deaths in custody as well as cases of suspicious deaths.

The duty of a coroner is to carry out inquests into deaths to determine the cause and circumstances of the deaths of those who died of unnatural or unexplained causes. In this regard, we urge the government to introduce a Coroners’ Court Act, similar to that of Britain as well as Hong Kong, Singapore and other Commonwealth nations, that will strengthen the roles of coroners through fundamental structural reforms in inquiry processes.

The Malaysian Bar had last month submitted a draft Bill to the AGC on the setting up of an independent coroners’ court.

Whenever a death in custody occurs, it raises questions and piques the public’s interest.

Deaths in custody pose a threat to civil society that is governed by the rule of law, therefore it is essential that such tragedies must be avoided at all costs.

The Enforcement Integrity Agency Commission has an important role in monitoring and countering deaths in custody.

The courts also need to play a pivotal role by considering awarding substantial damages once liability is established in a civil suit. This is the way forward to ensure that justice is served.