In reference to the article “Home Ministry: 756 children held at immigration detention centres nationwide as at Oct 26”, the Refugee Action for Change (ReAct) advocacy group strongly objects to the inhumane detention of children in Malaysia. These are alarmingly large numbers of children under the age of 18, all being criminalised for immigration offences, which implies that children should be penalised for crimes beyond their control.

The Home Minister, in a written response to the question in Parliament from MP Wong Shu Qi (PH-Kluang) about the number of detained children, said of the 756 children detained, 405 are without their guardians. Figures provided state 326 out of this total without guardians are children from Myanmar, which indicates that their families are asylum seekers. As asylum seekers, these are children who have fled war, persecution and violence, and are now seeking a safe refuge in Malaysia. On top of the trauma they are already suffering, the government’s current policy heaps more pain on them by confining them in immigration detention centres.

Countless studies across the globe have shown definitively that incarceration has severe negative long-term effects on a child’s physical, mental and developmental health and social wellbeing. It has also been amply demonstrated that children with significant exposure to trauma prior to detention have greater risks of experiencing these negative effects. Also, according to many studies and experts, separating children from their parents or guardians for prolonged periods triggers extreme stress responses, resulting in additional impacts on the children’s health and development.

Every child deserves the right to a life of dignity, the right to play and enjoy their youth, and the right to live in a productive environment. These rights apply just as much to a refugee and asylum seeking child as to any Malaysian child.

Currently, there is no legal framework to protect refugee and asylum seeking children in Malaysia. As we have not signed the 1951 United Nations Refugee Convention or established any national policy of our own recognising the status of refugees, Malaysia leaves the refugee population in limbo. On average, a refugee lives in Malaysia for at least five years and in this time, the children from this community have no access to formal education and affordable healthcare, which cumulatively builds into an array of issues.

With a significant number of refugee children growing up in Malaysia, we need to decide how to support their childhoods. Will we choose to ignore this community of vulnerable children and youths, criminalising and demonising them for seeking a safe place to live? Or will we take the opportunity to stand in solidarity with children who have been persecuted and oppressed and work towards becoming an exemplary nation that supports and protects all children?

We implore the government, policymakers and members of Parliament to show more compassion, empathy and kindness towards these children. We ask that the government actively work on releasing these children from immigration detention centres and commit to alternatives to detaining them.

Here we would like to remind the government of Suhakam's (Human Rights Commission of Malaysia) “Alternative to Detention” project which outlines how Malaysia can act on our commitments towards children, including the Convention on the Rights of the Child to which Malaysia is a signatory.

We plead with the government to take concrete steps to phase out child detention in Malaysia so that we do not prolong and add to the traumatic experiences and suffering of these children. Let us show compassion, empathy and kindness, especially when it comes to children. Let us not normalise trauma, pain and suffering for these children who have already seen and experienced more than any child should.

Let us, today, commit to ensuring that every child is safe and protected and given a life of dignity and respect. 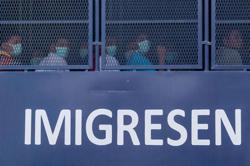 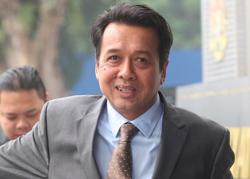 Let’s practise self-regulation
Commuting arrangements should be reciprocal
Towards a ministry of gender equality and family
Proposal to restart the supply of maids
Allowing private hospitals to vaccinate will speed up the process of achieving herd immunity
China lifted millions out of poverty, Malaysia can, too
Time for gender digital equality
Choose to challenge gender inequality in health
Hospice staff are frontliners who must be in Phase 1
Malaysian government should consider virtual Parliamentary sittings