I WAS taken aback by a report in a Malay daily yesterday about a proposal to draw up regulations to register all bicycles and issue number plates for them as well.

I was made to understand that the move was to ensure the safety of cyclists.

There are two aspects of bicycle usage in our country. One is for health reasons, that is bicycles are used for exercising to keep our bodies fit.

The government has been encouraging people to exercise more to stay healthy. As a result, Malaysians young and old have taken to exercising, and one of these activities is cycling.

To encourage more bicycle tourists, the government has included cycling in our tourism calendar. But unless and until proper designated bicycle lanes like those found in China, the Netherlands and other countries are provided, this idea must be put on hold. Ask any cyclists around and they will tell you they are an endangered species when cycling on our roads.

The second aspect of bicycle usage is for transport, especially among the poorer folks both in rural and urban areas. In the kampung, people can be seen riding their trusty old bicycles to go to their farms or orchards or the nearby shops.

The safety of cyclists would be better served if the authorities concerned build proper and safe lanes for them instead of embarking on proposing regulations that are somewhat inane.

On his part, Transport Minister Datuk Seri Dr Wee Ka Siong has denied that there are any plans to implement such a proposal while also assuring that his ministry would continue to promote safety programmes with cyclists and other relevant associations.

The mental aspect of the Covid-19 crisis 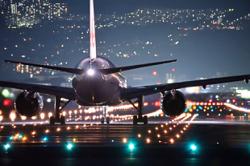