THE Dewan Rakyat has passed the amendments to the Road Transport Act 1987 to provide more deterrent sentences for the offence of drink-driving or driving when intoxicated that result in the death of other road users.

Similar laws with deterrent penalties are needed to reduce or eliminate deaths at workplaces due to breach of laws, especially occupational safety and health obligations by employers, contractors, workplace owners and their officers.

Unlike drink-driving, where the person convicted may not have the mental capacity to prove the act was intentional, non-compliance with safety and health requirements are decisions usually made by completely sober employers, contractors, workplace owners and/or their officers. They are capable of making reasonable decisions with clear minds and the knowledge that their failure in complying with the necessary legal obligations can cause death or injury to workers.

Less than one per cent of traffic-related deaths in Malaysia are due to drink-driving, according to a December 2018 World Health Organisation global road safety report. And, according to police statistics, there were only 54 deaths caused by intoxicated drivers in 2018.

In 2019, according to the Department of Occupational Safety and Health (DOSH), 578 workers died – at least two per day, of which 144 were in the construction sector. In a 2018 report, the Construction Industry Development Board of Malaysia (CIDB) revealed that the construction industry here is killing its workforce at a rate which is approximately 10 times higher than that in the United Kingdom.

The statistics clearly show that laws relating to workplace safety and health must be a priority, considering the high number of deaths and injury at the workplace.

The majority of them are due to breaches of law, which if complied with would significantly reduce injuries or deaths among workers.

In the Occupational Safety and Health Act 1994 (OSHA 1994), the maximum penalty is a fine not exceeding RM20,000 or imprisonment for a term not exceeding two years or both. There is no added penalty if the breach of law results in workers dying or being rendered disabled.

It is the same penalty for non-compliance discovered during normal inspection and even when non-compliance resulted in workers being killed or injured.

In comparison, for reckless driving or driving under the influence of alcohol or drugs causing death, the convicted can be jailed for between five and 10 years and fined between RM20,000 and RM50,000.

Under OSHA 1994, there is no such “blacklisting”, demerit points and/or permit suspensions for workplace owners, contractors and/or employers and their officers even after they are found guilty of breaking laws that resulted in the death of workers.

We therefore call on the Malaysian government to also enact stricter laws with deterrent punishment to prevent death of workers caused by non-compliance with workplace occupational safety and health laws.

The government must reduce workplace deaths just as it is trying to reduce deaths caused by drunk drivers. 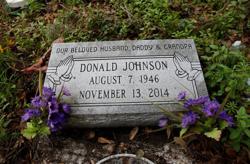