Quality of teaching is the main issue

I REFER to the letter “Need to be bold in Education” by Yow Lop Siaw (The Star, Aug 3). I do not see the correlation between the “total usage of Bahasa Malaysia in teaching and the administration of education” and “lowering the standard of Malaysian public education”.

If anything, the writer suggests that a simple cosmetic change to the education system will ultimately increase the perceived notion of “education quality” in our country. There was no mention of “how” the teachers were trained, or the size of classes in government schools (which is enormous compared to those in developed countries), the syllabus, focus on rote learning or the ability of our education system to accommodate students with different skills and academic inclinations.

The only mention is how, by changing the medium of instruction, we will improve the quality of education, which in itself is baseless.

I went to France for further education without learning French before I left. After a while, I realised that the medium of instruction had very little to do with the quality of education.

In the sciences, the French have a strictly rational and logical approach to the problem-solving process. Instead of applying the scientific formulae directly, like we do in Malay-sia, students are taught to derive the formula using applicational skills to demonstrate proper understanding of the theorems in question.

In high school, they are taught Philosophy where, during their baccalauréat, 18-year-olds spend four hours writing lengthy compositions to questions like “Does recognising one’s obligations amount to renouncing one’s freedom?” or “Does the plurality of cultures obstruct the unity of humankind?” This requires rigorous and critical thinking, especially since they need to justify their thought process by quoting different philosophers and lining it with their approach.

The fact that this is done in French, the mother tongue of the population, means the emphasis is for the students to understand the subject matter in a language they are familiar with.

The writer did not acknowledge the urban-rural divide in technology and facilities in schools, and there was no mention either of the quality of the teaching of English in schools, which I believe should be looked at and revamped.

As for other countries learning English as a mandatory second language, this is also the case in Malay-sia. As for their students learning in their mother tongue for decades, by that reasoning, shouldn’t you let Malaysia wait for a few more decades to achieve the status of Japan or South Korea?

To reiterate, the notion of having to learn Science and Maths in English in order to be able to converse in English is flawed and pedagogically unproven.

The main issues that should be addressed are the quality of English teaching in schools and provision of sufficient resources for this throughout the country for all students. 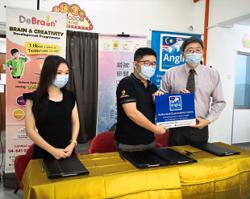 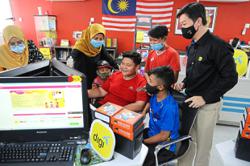