LAST year, we had a rude awakening about plastics pollution. Plastics waste from Britain was dumped on our shores under the guise of trade. Containers of dirty plastics, meant mostly for landfills, were apparently imported for recycling here. China used to be the traditional destination for such wastes but had suddenly banned its import. In Britain, the plastics waste was exported because of some attractive compensation schemes. The issue came to light after pictures of piles of such wastes were splashed all over local media.

Of course, the issue of plastics pollution is not new. The public has long been told of how plastics pollute the oceans. Evidence of islands of plastics waste in the oceans have been shared. Turtles that became entangled in plastic bags and died have been widely featured. It has all built up to create hate for plastics.

The situation grew more serious when scientists tracing the lifecycle of plastics found evidence of microplastics present in fishes. That piece of scary news, that plastics were entering our food chain, was enough to provoke even further hate of plastics. The drive to find alternatives has become fashionable and drew funding for R&D into more degradable bioplastics. But are bioplastics the real solution?

A recent webinar on plastics recycling gave me a better perspective of the issue. The online presentation by the Malaysian Plastics Manufacturers Association on the role of plastics packaging in our everyday life proved educational and enlightening. Many may not realise that plastics packaging has for years contributed to our lifestyle of convenience. Unfor-tunately, we have abused the convenience. Through our irresponsible throw-away behaviour, our actions have been largely responsible for putting what was originally harmless plastics in bad repute. By totally banning the material, we may be deprived of benefiting from this technological wonder.

We should first understand why packaging, especially of food, is needed to better appreciate the issue. Packaging helps increase the shelf life of food. Food that is not properly packaged goes bad faster. Plastics have demonstrated optimal performance in terms of costs and benefits, which is why such packaging is so popular. Proper packaging of food also means less food waste. It has been reported that more than half of the country’s waste is made up of food waste. In the landfills, food waste produces methane when decomposing. Methane is 21 times more potent than carbon dioxide as a greenhouse gas. In this way, plastic food packaging helps cut carbon emissions.

The total turnover of the plastics industry in Malaysia has reached RM33.1bil, almost 4.3% of GDP. Packaging is the largest segment of the industry, accounting for 48%. The demand for packaging has, in fact, been rising as food consumption grows. The compound growth rate is estimated at 4%.

The issue of plastics is not the material itself but how we deal with used plastics. Recycling is the preferred route. But it is easier said than done. Plastics recycling is only viable if the waste plastics are sorted according to the different starting materials used, as defined by coding. Mixing up the different plastics makes recycling more costly. It is even worse when waste plastics are mixed up with food waste.

The industry is aiming for circularity in the plastics business. This simply means no leakage of plastics into the natural environment. The recommendation is to reuse, repair or, finally, dispose of in a way that does not impact the environment.

Unlike countries like Japan or South Korea where plastics sorting has evolved into a culture, Malay-sians mostly mix up our plastics waste. Because of that, a high percentage ends up in landfills. Sorting plastics according to the coding must be supported by a strong collection system to be effective. Unfortunately, we are still struggling to create such an ecosystem for a circular plastics economy.

In Malaysia, the recycling rate is about 30%. If this can be increased, the issue of plastics polluting our environment will soon be history. 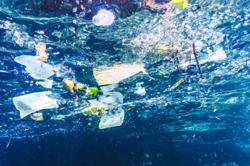 Plastic pollution: It's not what you think! 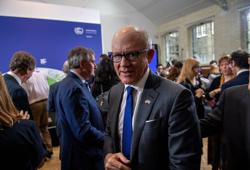