IN the midst of the Covid-19 pandemic and its consequential effects on the economy, concerns have been raised about the sufficiency of social protection, particularly retirement savings, for informal sector workers. These include the self-employed, domestic workers and temporary or part-time workers. The informal sector makes up 9.4% of total employment in Malaysia.

Briefly, social protection refers to policies, programmes and measures aimed at ensuring a basic standard of living for the people and protecting them from major shocks such as a serious illness, an injury and unemployment.

Even with these, the World Bank’s latest findings for Malaysia reveal that, based on EPF contributors’ data, savings are low among the B40 lower-income group and women. The data show there are only 7.6 million active members. Due to low average contributions per worker, more than half of workers aged 54 have saving balances under RM150,000 and almost three quarters have balances under RM250,000.

Looking at the share of the labour force, only 48.9% are EPF contributors, 11.9% are civil servants and armed forces, and 39.2% don’t have any contributory retirement savings at all. Obviously, and anecdotally, a portion of this 39.2% are those from the informal sector.

These numbers are worrying, as the country’s old age dependency ratio has risen from 9.3 in 2018 to 9.6 in 2019 (ie, the number of elderly people who are at an economically inactive age compared with the number of working age people). Malaysia will become an ageing country in 2030 when those aged 60 and above exceed 15% of the total population.

EPF has reported previously that 70% of its members who withdrew their funds at the age of 55 used up their savings in less than 10 years after retirement. Last month, EPF CEO Tunku Alizakri Alias stated that the majority of withdrawal applications from the i-Lestari Account 2 came from the B40 group, adding that some exhausted those savings in just two months.

Despite the government’s efforts to address public needs in response to the Covid-19 crisis through economic stimulus packages, a forward-looking approach is seriously needed to ensure sustainable social protection for the rakyat, especially the vulnerable groups.

Firstly, comprehensive social protection in Malaysia requires the formulation of a national social protection policy as an umbrella framework that is in line with the guiding principles of the Shared Prosperity Vision 2030. To do this, a single national coordinating council involving the relevant ministries needs to be established. This is why we welcome the reactivation of the Malaysia Social Protec-tion Council that was set up in 2016, as recently announced by Minister in the Prime Minister’s Department (Economy) Datuk Seri Mustapa Mohamed.

Next, special attention should be paid to enhancing retirement savings, as they are one of the basic components of the social safety net in the long term. This is specially true for the 39.2% of the workforce that does not have any contributory retirement savings as well as for low-income earners who would be left with little or no savings due to low contributions. One way of doing this is to consider an auto enrolment mechanism for the self-employed with a fixed minimum amount contribution, as has been implemented in Britain and New Zealand. The system works by automatically enrolling workers and giving them the choice to opt out.

In Malaysia, a self-employed retirement scheme has been initiated by EPF: the i-Saraan (previously known as 1Malaysia Retirement Savings Scheme) scheme for registered EPF members aged below 55. Through this scheme, members can contribute any amount at any time, and withdrawals are also allowed. This platform can be utilised further to encourage contributory savings.

Lastly, alongside thse initiatives, financial education is also very important. One of the factors stopping people from joining retirement schemes is the lack of knowledge – given its long-term nature, some people might not realise the importance of saving for the future.

Studies have shown that financial education can help raise awareness about pension schemes among informal workers. This can be done through public awareness campaigns at physical locations or, given the new norm, via TV and online commercials. For instance, Britain launched a campaign in 2006 specifically to assist self-

employed people to understand the country’s pension system and arrangements available to them.

Social protection is a very broad subject and retirement savings is only one part of it. Thus, complementary measures to achieve the main objective, such as national health insurance and targeted and deepened social assistance, are also required.

Note: The writer is a research analyst at Emir Research, a think tank focused on strategic policy recommendations.

Investors shun cheap stocks in Nigeria as risks pile up 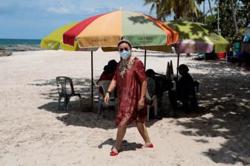