I refer to the news report “Teen mum throws newborn from fourth floor flat, baby girl survives” published on May 13, 2020, in The Star: an 18-year-old allegedly threw her newborn off the balcony of a fourth floor flat to prevent her parents from discovering that she had just given birth. It seems that none of her family members were aware that she was pregnant. I have read many comments from members of the public that are filled with anger over this news article. While I can, of course, understand the reaction, I would like to ask Malaysians not to forgive the act but to try to empathise with the teen's perspective – she might have been in extreme fear, probably depressed, and worried that her family will find out that she had had an unintended pregnancy.

In fact, a cross-sectional study on postpartum depression (PPD) among 347 Malaysian women who had just given birth revealed that the prevalence of PPD was 31.7%. According to the study, women with unplanned pregnancies were 2.3 times more likely to experience PPD compared with those who had planned pregnancies. Additionally, the study also found that women who had no, or less, childbirth experience were three times more likely to experience PPD.

While there are families who would care for pregnant girl family members, not many are kind and supportive. Young girls who are unmarried and pregnant are often shunned, discriminated against and even disowned by their families and communities. The stigma faced by an unmarried pregnant girl is one that has a lifelong impact.

Despite countless news reports about teen girls who, fearing the stigma, resort to enduring labour pains – and risking their lives – alone to give birth secretly in toilets, we as a society not only still condemn them for getting pregnant but we also refuse to acknowledge that young people in Malaysia are ill-equipped with essential knowledge about sexual and reproductive health to protect themselves. In fact, we continue to expect that unintended teenage pregnancies and baby dumping can be resolved by moral policing and abstinence-based education.

Anti-choice supporters and proponents of abstinence-based sexuality education are against those who advocate for comprehensive sexuality education (CSE). This could be because there are many misconceptions about CSE, among them that sex education encourages young people to have sex and teaches them the ways to do so, and that it undermines or disregards values and morals. Many also think that sex is not a topic to be discussed by children, and we can protect them by not discussing it.

Contrary to these beliefs, however, the World Health Organisation, sexual and reproductive health organisations and other research institutions have demonstrated in peer-reviewed literature that CSE that teaches both abstinence and contraception can delay the age of sexual initiation. Additionally, the International Technical Guidance on Comprehensive Sexuality Education produced by the United Nations Population Fund (UNFPA) states that, depending on the culture and values held by communities, CSE should involve key values central to the relevant religious and cultures because our religious beliefs inform what we do with any knowledge we gain.

It is worth noting that the heaviest burden of this lack of knowledge falls on young girls because they are the ones who get pregnant and are often left alone to deal with the consequences. In our efforts to prevent unintended pregnancies it is important to involve young men, especially to improve their ability to make informed choices and responsible decisions with regards to their sexual and reproductive health.

In fact, in many cases where teen girls are expected to be married off to their partner or perpetrators who have sexually abused or raped them, a Unicef paper on “Child Marriage in Malaysia” states that doing so not only affects the girls’ opportunity to complete or further their education, thus undermining their socioeconomic status, but it also places the girls at a higher risk of experiencing domestic violence and a higher probability of divorce and separation.

It is high time that the Malaysian government – specifically the Health Ministry; Women, Family and Community Development Ministry; and the National Population and Family Development Board (LPPKN) – reviews the country’s sexual and reproductive policies to strengthen primary, secondary and tertiary prevention strategies. When we can provide youth-friendly and non-judgemental healthcare services, young people will have a safe space in which they can come forward to find out about contraceptives, emergency contraception, screening and treatment for sexually transmitted infections, reproductive cancers, and support to overcome sexual violence, as well as comprehensive information on sexual and reproductive health.

Finally, it is my earnest hope that as a society, we will open our hearts and empathise with young people experiencing unintended pregnancies because it is a result of our failure to protect them. And let’s take action today to educate ourselves about comprehensive sexuality education. 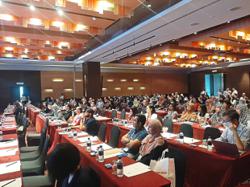 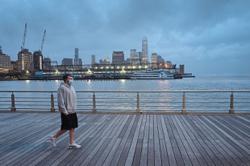 Are you young and lonely? You're not the only one 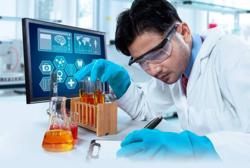 Young researchers back on track