Covid-19 and the digital economy

THE Covid-19 pandemic is sweeping across the world at breakneck speed, impacting not just global financial markets and businesses but disrupting just about every aspect of our daily lives.

The digital economy, which has been on a tear over the last 10 years, has not been spared. Many tech entrepreneurs, particularly in Asia, are experiencing their first major crisis and are understandably fearful at the prospect that their startups may not survive, particularly if they cannot raise funding.

Yet, those who are old enough to remember the Dotcom Bubble in the late 1990s, and its spectacular crash in 2000/01, will recognise the similarities.

There was no virus then but, mostly, the same ingredients are there. The same "irrational exuberance" of investors driving stock markets to new heights.

Young entrepreneurs with five-slide power point presentations raising money without any underlying innovation (think "WeWork") or a clear strategy and path to profitability.

Throw in some new angles such as Rising Asia (China), unicorns and fintech and there you have it – Dotcom Bubble II.

It was a matter of time; the bubble had to burst (again). Covid-19 was just the trigger.

Much has since been written about the Dotcom Bubble. The events that led up to it, why it collapsed and, of course, the lessons we can learn so that history does not repeat itself.

But history sometimes does repeat itself, especially when it comes to money and VCs, for all their fancy degrees, seem never to learn.

If investors are willing throw dumb money at tech startups, you can be sure there will be no shortage of takers.

The failed IPOs of Uber, Lyft, Pinterest and Slack and the scuttled IPO of WeWork (whose survival, at the time of writing, is not yet assured) were flashing red lights that another tech bubble was about to burst.

Since 2015, huge amounts of investments have flowed into tech companies creating, in the process, a growing number of unicorns (startups valued at US$1bil (RM4.33bil) or more), though unicorns are arguably now passe and bragging rights have shifted to those who achieve decacorn (over US$10bil (RM43.3bil) and even hectocorn status (over US$100bil (RM433bil).

Fintech companies, in particular, had been attracting growing investor interest. According to CB Insights, in 2019, fintech startups globally raised US$33.9bil (RM147bil) as investors viewed the financial services industry as the last bastion ripe for disruption.

In June 2018, Ant Financial Services, which operates China's largest online payment platform, raised US$14bil (RM61bil) in what was described then as the largest single global fundraising by a private company.

The investment valued Ant at US$150bil (RM650bil) at that time or roughly, 50% of JP Morgan Chase, the world’s most valuable bank.

The sudden drop in consumer confidence, together with lockdown measures globally, has severely impacted the businesses of tech companies and those seeking to raise funds. What does it mean for the digital economy and its many startups?

Let us start by putting some things in perspective because in the startup world, the basic rules have not changed much.

Firstly, cash is the lifeblood of any business. Tech startups can fail for a variety of reasons but ultimately, they fail when they run out of cash, even if they have the best ideas.

Most VCs, therefore, prioritise cash flow break-even over profitability when assessing companies. Startups, by definition, are pre-revenue and depend on investors for funding.

If you have not closed your funding recently, then finding investors in the next six to 12 months will be tough.

Investors are likely to be assessing the impact of Covid-19 on their investment portfolio and taking a wait-and-see approach.

Following the dotcom crash, funding for tech dried up. VCs that had invested heavily into tech startups were staring at massive losses in their portfolio as many dotcoms, well, bombed.

New investments took a back seat as VCs had to decide which portfolio company to save and which to cut loose. Investors (also known as limited partners) in VC funds also took a wait-and-see approach, assessing how VC managers performed and responded in the crisis.

If, however, you have already raised some money, you will need to realistically assess how long it will last and whether you are likely to be able to raise more funds when it runs out and more importantly, from whom?

Will anyone be investing in tech in the next 6-12 months?

Have an honest discussion with your current investor about possible scenarios. If your investor is unwilling or unable to continue to support you when the money runs out, what are the options?

Is it better to cease operations temporarily, return funds to your investor and maintain the goodwill for later?

The last decade has been a boom period for tech, similar to the late 1990s. The global financial crisis in 2008 gave rise to the emergence of fintech players, providing financial services faster, cheaper and more conveniently than the incumbents.

Since 2008, the United States stock market has gone into a 10-year bull run with the tech-heavy Nasdaq index increasing by more than 500%.

During this period of abundant liquidity, we saw tech companies like Apple, Alphabet, Google, and Amazon joining the trillion-dollar club.

Many startups were able to raise money relatively easy and some became very successful.

But if you believe (as many do) that every once in a while, markets need to correct, then we were already overdue. The last crisis was in 2008. Before that, in 1997 there was the Asian Financial Crisis and before that in 1987, we had Black Monday.

To succeed, you need to tick many boxes but most of all, you also need to be lucky with your timing - to dodge the black swans like the Dotcom bubble crash and Covid-19.

3) Failure is not terminal

By now, if you are a tech entrepreneur, you should know that the chances of success are very small for startups and 90% of all Silicon Valley startups fail.

Despite the vigorous selection process of VCs, only one out of 10 portfolio companies will succeed. In Asia, the odds are probably even lower.

Most of the dotcoms that started in Malaysia during the late 1990s failed. But many entrepreneurs wear their "badge of failure" with pride.

VCs recognise the value of failure and often see it as a plus point. If you find that you are unable to continue with your business through lack of funding, have an honest assessment with your team and investor as to what could have been done better. The lessons will be invaluable.

Many entrepreneurs do not succeed at the first attempt. Your dream does not end with your first failure.

What if you have raised your Series A, established a market presence and getting some traction (revenue) but need more funds to grow and survive?

The first thing to recognise is that it is now a buyer’s market. Investors may invest but very selectively and will look for value. The nice valuation you were looking at a month ago probably no longer applies.

Your Series A investor will obviously want to save their investment if possible. They should be your first stop. Are they still confident in your business? Will they lead the next funding round?

That is an important sign of confidence for any new investor. What will be the terms of the new round? Very likely they will be highly preferential to the new investors but you may have no choice. These are the new realities you have to consider as the price of continuing on with your dream.

Now we have the reality checks out of the way, is it all doom and gloom if you are in the digital economy?

There are some reasons to be optimistic:

1) In every crisis, some businesses will thrive. Not all companies will fail. Think of the Covid-19 crisis as a validation or test of your business model – every existing and potential investor will look at how you perform in a crisis.

The biggest impact of Covid-19, in the short term, is that there will no longer be any face-to-face interactions. Almost everything will have to done online.

Consumers who may not have otherwise tried your business model may do so now. From buying goods and services to undertaking financial transactions; e-commerce is booming.

What a great opportunity to show how the digital economy works. If you are, for example, an online financial aggregator, would your partners (banks and insurance companies) not need your digital acquisition model more than ever to find customers?

Branches are closed. Sales team and insurance agents are home-bound. The traditional channels are closed.

Similarly, if you are a P2P company at a time when businesses need borrowing and bank branches are closed, would a P2P platform not be a convenient (maybe only) way of accessing loans?

If you can validate your business model in a crisis, not only will your chances of surviving be stronger but you will be in a much better position to raise funds later.

2) Since the early 1950s, Silicon Valley has become the global center of innovation because of technology innovation and willingness of investors to back high-risk startups, creating large global tech giants like Microsoft, Intel, Oracle and, more recently, Amazon, Ebay and Facebook.

However, in the last decade, India and China have emerged as innovation centers, attracting some of the best talent from Silicon Valley.

Asia is going digital and adopting technology at a pace faster than the US and most of the world. China is almost cashless and home to some of the largest and leading fintech companies in the world.

Asean is also rising and with its huge market (600 million population), growing middle-class demographics, many of whom are tech-hungry and tech-savvy, and is ripe for technology innovation.

3) When the Dotcom Bubble burst in March 2000, tech funding did not recover for a decade. It took the Nasdaq Index 15 years to reach the same level as just before the crash.

Are we looking at a repeat scenario?

For a few reasons, this is unlikely. Firstly, within the next 12 to 18 months, the impact of Covid-19 will be greatly reduced as we have a better understanding and control over the virus and vaccines are likely to be developed.

Secondly, China is already recovering from Covid-19 and restarting its economy and this should revive global economic activity.

Thirdly, the rest of Asia, with its growing middle class, will continue to be prime targets for technology adoption as evidenced by the growing investor interest in the region and also, China’s large tech companies expanding beyond its home markets.

The road to success for a tech startup is a long one and paved with many failed ventures. But it is a path taken by many in Silicon Valley and one that many in Asia are also starting to take, perhaps inspired by the many success stories that are emerging.

For all the reasons stated above, it has never been a more exciting time to be part of the digital economy in Asia.

David Fong is co-founder of Greyhair Partners, founder president of the Fintech Association of Malaysia and former chairman of the Malaysia Venture Capital & Private Equity Association 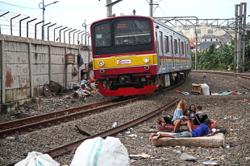