I REFER to the special report headlined “Illegal trade might pose health risk” (The Star, Feb 25).

The pangolin, which is traded in the black market in China, has been identified as a possible intermediate host of the virus that causes Covid-19.

There are other animals, including lizards, monkeys, apes, snakes and rhino, that are traded in China, Indonesia and Africa and are considered as delicacies.

The global wildlife trade is rising in Asia due to e-commerce and social media openly advertising exotic animals for food as well as pets, and there are plenty of customers from all over the world.

The scales of pangolins are ground into powder and consumed for their healing powers while the flesh is sold as exotic meat in Hong Kong, Singapore, Cambodia and Vietnam.

Due to the outbreak of Covid-19, the consumption of exotic meat and illegal trade in wildlife is now under the eyes of the authorities, and seems to be a silver lining for endangered wildlife like the pangolin. The Chinese government has issued a comprehensive ban on the sale and consumption of exotic meats, and is also looking at banning the illegal trade of all wildlife and other animals that could be possible hosts of viruses.

Malaysia should be looking at doing the same thing. In Malaysia, the enforcement authorities must conduct random checks on food outlets that sell all kinds of exotic animal meat which could contain the deadly virus.

Some of these outlets in Negri Sembilan (Titi-Jelebu, Nilai and Lenggeng Broga, for example) also serve booze that are detrimental to humans.

When people stop consuming all forms of exotic meat, the illegal trade in wildlife would be ended. When that happens, we would see an end to the killing of wildlife for human consumption. 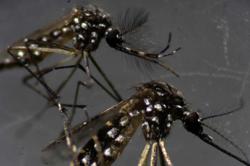 Silver lining of a pandemic