Use the correct sanitiser 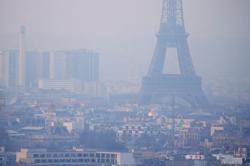 ARE we using the correct alcohol- based handrub? Does it pose a health risk instead of offering protection?

Hand hygiene is a simple action that contributes significantly to the establishment and maintenance of safe health services and prevention of infection in the community and at healthcare facilities. Alcohol-based handrubs (ABHRs) are listed in the 19th World Health Organi-sation (WHO) Model List of Essential Medicines (April 2015) as a disinfectant. Given the global Covid-19 situation, ABHRs are currently heavily used in the community and in healthcare settings to maintain hand hygiene. However, the recent lack of available ABHRs in the market has lead to fraudulent production and sales of questionable, poor quality and even dangerous versions.

The main dangers of using low- quality, adulterated ABHRs are as follows:

Methanol must never be used in such a product because oral, pulmonary and/or skin exposures can result in severe systemic toxicity. When repeatedly used as a handrub, skin absorption resulting in chronic toxicity (visual disturbances are one symptom) occurs, particularly if methanol-induced desquamation and dermatitis are present. On the other hand, alcohol levels found in the blood were insignificant and not detectable after using ABHRs produced from ethanol and isopropyl (bit.ly/who_alcohol).

The lack of proper quality control in producing ABHRs would interfere with its antimicrobial properties, giving users a false sense of security that would pose a danger to themselves and others.

The WHO has recommended a guide for the local production and final concentration of ABHRs, summarised below. The recommended WHO formulations meet both European Norm (EN 1500) and the American Society for Testing and Materials (ASTM E1174) standards.

These “recipes” are being made available to those who do not have access to commercially available ABHRs due to logistical or cost issues. However, where commercially-produced ABHRs are available, users should use them as long as they meet recognised standards for microbicidal efficacy.

The following are WHO-recommended materials for 10 litres of an ABHR.

The final concentration should comprise ethanol 80% v/v, glycerol 1.45% v/v, hydrogen peroxide 0.125% v/v. (V/V stands for volume per volume and is used to express volume concentration when both chemicals in a solution are liquid.)

The shelflife of the WHO-recommended formulations is at least two years after production.

If isopropanol is bought from a reputable company, the concentration stated should be exact and it should be achievable to make up 75% isopropanol correctly; if instead ethanol is produced locally, then checks should be undertaken to determine its exact concentration before producing the ABHR.

According to the Sale of Drugs Act 1952 and Regulations: “The presence of an entry on the Essential Medicines List carries no assurance as to pharmaceutical quality.” Therefore, it is the responsibility of the manufacturer to ensure that each product is of appropriate pharmaceutical quality (including stability) and that it complies with the requirement of the national health regulatory authority.

An Act relating to the sale of drugs and cosmetics in Malaysia can be obtained at bit.ly/who_act and at bit.ly/local_act. The general penalty for those who commit an offence against this Act or any regulation made under it is a fine and/or imprisonment. 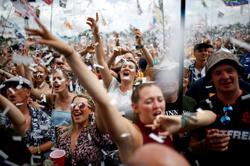