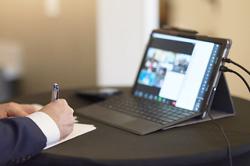 AS acting Education Minister entrusted to make impactful reforms within a narrow time frame, Tun Dr Mahathir Mohamed needs to prioritise a few key areas which will have the biggest and longest-lasting changes for the benefit of the nation as a whole.

The prime minister’s cap that he wears will reassure the rakyat that his proposals are constitutionally fair and non-discriminatory, just like his repeated calls to uphold the rule of law.

Finance, economic development and education are the most challenging portfolios for any government, and more so for Malaysia with its heterogeneous society. In an instant, the minister in charge can be accused of ethnic bias or, worse, of marginalising groups and communities. The principles of equitability and egalitarianism must be clearly visible in any policy reform, and implementation must be up to scratch.

Education has always been mired in controversies as it strives to satisfy the needs of a whole array of stakeholders with diverse interests. Even the former education minister’s practical suggestion for students to wear black shoes incurred brickbats and criticism. A change that should have been applauded became the subject of derision instead.

His call for four values – love, happiness, mutual respect and responsibility – to form the core of the education philosophy was also deemed as soppy by some.

Dr Mahathir has to take the bull by the horns and turn to more contentious matters which only he as Prime Minister-cum-Education Minister has the clout to handle, but only if he dares to lose the political backing of some factions to gain the support of right-thinking Malaysians.

First, he must address the vernacular school system which is the root of polarisation among the school community. Paradoxically, the constitutional inter-ethnic bargaining which resulted in giving Chinese and Indian Malaysians their own vernacular schools has worsened Malaysia’s inter-ethnic relations.

Sixty years on, the national education system that was poised to produce knowledgeable, well-informed and socio-culturally enlightened citizens contributing fully to the nation’s development is instead churning out narrow-minded bigots and chauvinists whining in their own silos.

The self-professed progressive group, on the other hand, is calling for a single school system with English as the medium of instruction – a proposal which even the far-sighted Dr Mahathir would not be naïve enough to undertake.

The following recommendations are proposed:

1. Make the school population truly inter-ethnic by introducing a 50/25/25 quota for each school type, for example 50% Chinese, 25% Malays and 25% Indians in Chinese schools;

2. Regulate the curriculum and syllabus by allocating the same number of hours for the subjects across all school types;

3. Allocate the same number of hours for teaching Bahasa Malaysia and the second language, English;

4. Use the vernacular language to teach the same academic and co-curricular subjects;

5. Standardise teaching methodologies and methods for subjects across all schools; and

6. Standardise the training of teachers.

Dr Mahathir’s call to revive the policy of teaching Maths and Science in English (PPSMI) can be positioned as a pragmatic compromise to take all schools and students to a higher educational level. To this, add the teaching of History in English, where the neutral universal language has the potential to develop the right sentiments through a standard syllabus and reference list.

Remove religious education from the core curriculum and reinstate it as a subject to be taught after school hours. Instead, consolidate the Moral Studies curriculum by making it compulsory for all students. Inject into it the component of world religions and highlight common moral values across all religions.

To make Islamic religious education truly relevant and beneficial for the development of modern-day Malay-Muslim students, revamp the curriculum and syllabus by focusing on the key precepts and moral values of Islam. Enhance students’ understanding and interests by highlighting not only the deeds of Prophet Muhammad and His sahabah but also of modern role models among Muslim thinkers and leaders.

Leave the teaching of the religious rites and rituals and the correct reading and pronunciation of religious verses to the tafiz schools to be regulated at federal rather than state level. In this, schools can collaborate with mosques in the vicinity to take on the role of teaching Islam to students and the ummah in a more structured way.

Parents should seriously take on the responsibility of religious education for their children. Even if they are not schooled in the formal teaching of the religion, they can read up on its general teaching to pass on its value system.

Admittedly, Dr Mahathir has the unenviable position of righting the wrongs (perceived or real) in the country’s education system. We hope and pray that he will succeed in reforming some key areas.

Association of Voices of Peace, Conscience and Reason 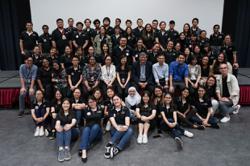