SPINAL muscular atrophy (SMA) is a rare disease that used to lead to no other outcome but premature death. And before that death, children would suffer dreadful deterioration of the ability to move, eat and breathe. In a majority of cases, that traumatic end used to come before two years of age; SMA was known as a major cause of the death of babies under that age.

However, with advancements in science and medicine, the outcome for SMA patients has dramatically changed. Today, there are two drug therapies that can stop this disease and save lives. Lives that carry a huge amount of potential if one were to look at the achievements of those with SMA who have survived to excel in the arts, entrepreneurship, academia and many other fields.

While there is no access (yet) to these lifesaving drug therapies for SMA patients in Malaysia, the community is encouraged and regaining hope for a number of reasons.

First, the real possibility of a third drug therapy: On Nov 25, pharmaceutical multinational Roche announced that the US Food and Drug Administration (FDA) has accepted its new drug application and granted the drug a priority review. The FDA is expected to make a decision on approval by May 24, 2020 (bit.ly/sma_drug).

Second, the Malaysian government appears receptive to not shirking responsibility for the lives of the SMA community, as the disease has been addressed in Parliament more than once.

On Nov 20, for instance, Deputy Health Minister Dr Lee Boon Chye responded to Batu Gajah MP Sivakumar Varatharaju Naidu’s question on the number of SMA patients treated with orphan drugs (orphan drugs are drugs for rare medical conditions that would not be profitable to produce without government assistance): “To date, the responsible pharmaceutical company has not yet submitted an application to register or market this drug in Malaysia. If the application is submitted, the MOH (Ministry of Health) will give (it) due consideration. Therefore, there are currently no SMA patients in Malaysia treated with Spinraza or Zolgensma.” (Hansard DR 20.11.2019 page 8.)

It’s time for the drug manufacturers to step up, to play their part and show their commitment.

Fourth, to help drive the framework, the MOH has facilitated the engagement of patient advocacy groups that can contribute to the work that needs to be done. We applaud the spirit of inclusion and hope that this will continue to strengthen in this New Malaysia defined by equity and broad representation.

While the budget for the rare disease fund has not been increased, we continue to advocate for its greater expansion, inclusiveness and equity.

We hope that with the steps being taken, live-saving treatment for those with SMA and other rare diseases will become a reality in 2020. It’s early days but we are cautiously optimistic and hopeful.

Last but not least, we are grateful to hear MPs from both ruling and opposition parties acknowledging the need to treat SMA and urging not only for better detection and response to SMA but also prevention. Thank you (Kuala Kangsar MP) Datin Mastura Mohd Yazid and Sivakumar.

Our children with SMA look to our elected representatives to ensure that all Malaysians are valued, cared for and supported. Not just their future but their very lives depend on this.

Persatuan WeCareJourney founder and father of child with SMA

Note: This letter is endorsed by 27 people who are parents of children with SMA, adult survivors of SMA, doctors and supporters 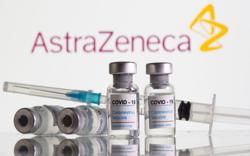