Universities should be non-political

G25 expresses its deep disappointment at the four public universities and their vice-chancellors for co-organising the recently held Kongres Maruah Melayu (Malay Dignity Congress) where the speeches left most Malaysians shell-shocked at the level at which race and religion were exploited to make demands in support of dignity for the Malays and Islam.

The universities have a duty to explain to the public their reasons for taking an active role as co-organisers of the rally. The public are entitled to hear their explanation as the universities are funded by government allocations paid from taxpayers’ money.

G25 accepts the view that universities must not live in the ivory tower but instead must come down to earth to play an active role in society and nation-building. As universities are the highest centres for learning and academic wisdom, they have the autonomy to decide what forums they wish to participate in.

We respect their academic autonomy but on our part as a civil society organisation which advocates moderation and tolerance among the communities and transparency and accountability on policy matters of public interest, we in G25 view the various speeches and resolutions at the Malay Dignity Congress as being totally contrary to the public aspirations of New Malaysia, as articulated in the government’s newly-announced Shared Prosperity Vision or Wawasan Kemakmuran Bersama.

The vice-chancellors have the right to disagree with the government’s concept of shared prosperity, its reform agenda or the notion of sharing political and administrative power with non-Malay political leaders or maintaining the country’s character as a secular constitutional democracy. However, as heads of academic institutions, they should be non-political in making their speeches and should explain their ideas in a constructive manner.

In the case of the Malay Dignity Congress, the four vice-chancellors and other academics clearly knew what their presence at the gathering meant.

Their prominence as opening speakers and how they publicly recommended racist and undemocratic policy reforms exposed their agenda to partake in political shenanigans. This is precisely what universities and academia should avoid.

We are criticising their support for the rabble-rousing that the event was meant to effect. The entire event was not perceived as a fact-finding forum, nor was it a gathering of students and scholars meant to debate national issues of concern to all races and religions in Malaysia. It was deliberately done like a political rally. This is objectionable.

We wish to assure the vice-chancellors that we, the members of G25, are strong advocates for university autonomy and academic freedom, but like all institutions, with freedom comes the responsibility for universities to be accountable to the people as they are paying for the cost of running them.

G25 recently co-organised a forum on the unity of the ummah. Academics and students participated, and it was hosted by a public institution of higher education.

If we compare the congress to this forum, it would be clear that such public gatherings, be they forums or congresses, do not blatantly project any political agenda. They are meant to increase knowledge and educate.

If the vice-chancellors are well informed, they will know that all those regimes that used tribal and sectarian rhetoric to promote supremacist politics have ended up in the dustbin of history, condemned by their own people for bringing chaos, anarchy and poverty to their countries. Millions of lives were lost unnecessarily because of the greed for power of these leaders.

We in Malaysia must not allow universities to get away with supporting those who use the destructive tactics of dividing the people to facilitate desperate politicians to play on the emotions of the ordinary people in their greed for power.

Such speeches when made by vice-chancellors cross the line of academia and render their position as heads of public institutions no longer tenable. 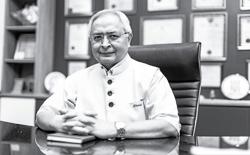