EACH year when National Day comes around on Aug 31, the nation does its soul searching. Reflections on issues such as national unity and integration or the country’s development goals and their implications come to the fore as events unfolding in the months and weeks before reveal how bare the threads of social cohesion and multiculturalism are and how nebulous economic prosperity and inclusiveness seem in the fabric of the nation.

Once again we wonder about the real freedoms that “merdeka” has brought to the nation and its people. We wonder what it really means to have emerged out of the global backwaters and attempt to join the league of fully developed nations. Has modern development come at a stiff price for a people still steeped in traditional mores and conservative mindsets?

Historically, Merdeka on Aug 31,1957, marked freedom from British rule and the independence of a nation to govern itself and chart its own destiny without interference from a foreign power.

Politically, the country adopted a democratic form of government governed by the Federal Constitution. At the level of the national psyche, independence gave the rakyat, through the Parliamentary system, the freedom to think for themselves.

For a country that has always boasted of being a harmonious melting pot of ethnicities, cracks in the pot seem to be more visible than ever. Despite pledges made by successive generations of political leaders to preserve interethnic integration, the reality is that when it comes to the crunch, Malaysians disperse into their social, religious, cultural, economic and political groupings – that is, into silos that run parallel in defiance of the calls to merge into one unified whole.

For some, this phenomenon defeats the much-touted goal of national unity. To them, the fact that the ethnic communities are not coming together to create the tightly woven sociopolitical fabric necessary to prosper the nation is of grave concern.

For pragmatists like me, the questions that need to be addressed are:

> How do Malaysians handle the fact that they come from different ethnicities with different sociocultural and religious backgrounds?

> How can Malaysians live together harmoniously while upholding distinct characteristics of ethnicity, culture, religion and traditions?

> Does national integration and unity mean Malaysians have to adopt one core identity and one set of core values?

It is a fact that today, many

societies are multiethnic, comprising groups that coexist while upholding distinct sociocultural traditions. Citizens with definitive rights and freedoms support the country’s development goals and expect a fair and equitable share of its prosperity.

In other words, a unified society can be defined as one where different communities live together in a friendly, congenial setting, cooperating with one another in meaningful ways. Malaysians can proudly say this realistic approach to multiculturalism is what the people have adopted to preserve our national equilibrium and avoid the inter-

ethnic clashes that mark the history and politics of other nations.

Realistically, peaceful coexistence where people respect one another’s differences – harmoni- mesra, saling hormati – should be brandished and sustained as a national philosophy, not the

However, there can only be social and societal equilibrium where there is equality or even equity. The real mark of freedom from the divisive foreign rule established by our colonial masters is that Malaysian Constitutional democracy offers its people justice and fairness in the delivery of our Constitutional rights.

And what could be the most visible signs of injustice and unfairness other than socioeconomic imbalances in the lives of the people? What could be more disconcerting than disparities in wealth distribution and economic development in a country that touts the slogan of shared prosperity to prosper the nation?

At a recent forum on poverty, the government’s poverty line of 0.4% and minimum wage of RM950 were disputed, as they were not seen as a realistic and fair measure of poverty on the ground nor its eradication.

The argument that has opened the can of worms on poverty in Malaysia was provoked by a United Nations special rapporteur who collated his own critical report after conducting an 11-day research exercise in Malaysia.

Citing the inaccessibility of government documents and data, the report draws its own conclusions and recommendations based on interviews with selected people and agencies and visits to poverty- stricken communities.

All is not well with and for the poor in Malaysia, is the gist of the report. More government policies and plans to establish sustainable social protection schemes for the poor must be put in place beyond token cash gifts.

Socioeconomic disparity is a challenge for any government as it faces the inequalities that nature bestows on humanity. Govern-ments, however, must make poverty eradication its top priority as nothing contributes more to harmoni-mesra, saling hormati than citizens who are well-buffered by equitable and fair affirmative action policies that really benefit those in dire need.

While agreeing that a relook at poverty data and figures is necessary, it is my summation that the UN rapporteur missed an important measure, that is, the happiness and well-being index of Malay-sians, which I believe is commendable, and is the reason why our path to absolute unity is still relatively smooth.

President, Association of Voices of Peace, 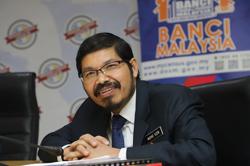 Use the census to make a difference, chief statistician urges M'sians 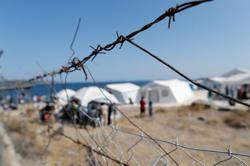 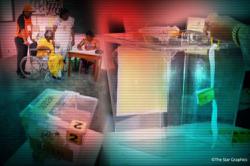