Don’t rush with revival of PPSMI I WAS only 13 years old when the government introduced the Teaching and Learning of Science and Maths in English policy (better known by the acronym PPSMI) in primary and secondary schools nationwide. I had just completed my Primary Six exams and was enrolled in a new private secondary school.

Unaware of the heated debate over the introduction of the policy, I was thrilled by the change. I already loved reading English fiction books and my family habitually spoke in English. Best of all, my new teachers were fluent in the language and superb at their job.

Fast forward to 16 years later and in an institution where I teach public speaking on weekends, my student is looking at me with a flash of panic after I asked for her opinion on a current issue. She took a deep breath to speak and then suddenly changed her mind, shrugged her shoulders and abruptly sat down.

Later, I found out that she had opinions on the matter but didn’t know how to express them in English. She told me that her thoughts were in Bahasa Malaysia, which meant she would have to go through a translation process in her head before speaking. This made it very difficult for her to deliver speeches confidently. She also confessed that she was embarrassed to ask for clarification when she didn’t understand some of the English words I used.

This troubled me because, after graduating from university with (relatively) good grades, I was a huge proponent of PPSMI. Joining the ranks of students and teachers who were disappointed with the reversal of PPSMI in 2012, I believed the policy had tremendously helped me as a science student sitting for Sijil Pelajaran Malaysia and subsequently given me a competitive edge in university and then the workforce. Now that PPSMI is on the table again, I am not so certain. In hindsight, I realised that my circumstances put me in a very advantageous situation in relation to studying Science and Maths in English. I was fortunate to be fairly fluent in English and was enrolled in a private institution where the teachers were highly trained and effortlessly bilingual.

Others were not so fortunate. I suddenly recalled conversations in the kampung during Eid celebrations with my cousins who told me of the difficulty they had in understanding new concepts.

Personal experience and observations aside, let’s look at some hard truths. While it is undeniable that English is a universal language, with over 400 million native English speakers worldwide and more than 700 million using it as a foreign language, context is very important.

In a context where the government had flip-flopped on this issue in the past, to the detriment of all stakeholders, getting it done right is more important than getting it done quickly. With the voting age being lowered from 21 to 18 recently, education is vital for our youths to prepare them for the future. Therefore, even though PPSMI was riddled with issues of politics, race, culture and nationalism in the past, it is now time to put such sentiments aside, capitalise on the spirit of bipartisan support and truly fight for a policy that is best for our future – our children.

Is English important to advance a country and its people’s economic situation? Yes! According to the 2018 EF English Proficiency Index, which analysed the results of 1.3 million test-takers in 400 regions and countries, English proficiency correlates with a higher gross domestic product (GDP), higher average gross income, better ease of doing business and increase in general productivity. Asian countries with strong English proficiency are seen to be thriving.

Singapore has consistently been placed on the top 10 spot of the report and, since 1960, has had a trade-to-GDP ratio of over 300%. Unfortunately, as of 2018, Malaysia had dropped to 22nd place in English proficiency from 13th in 2017. This is worrying.

Though many naysayers would quickly point to Japan and China as good examples of maintaining the mother tongue, this study also found these two countries riding the waves of change. In China, 70% of parents were reported to want more English to be taught in school, fuelling the local English learning industry which is estimated to grow at a rate of 22% annually.

In Japan, since 2017, there are more than one million foreign workers, and on the corporate level, companies like Rakuten, Honda and Nissan have long used English as their corporate language. By 2020, English will become an official subject in primary schools (currently only taught in high schools).

But is using a foreign language as the medium of instruction good for student comprehension? The answer is no. After a quick Google search, I found many examples around the world where students were disadvantaged by being taught in an unfamiliar language.

How then do we bridge the gap between needing to increase Malaysia’s English proficiency level to fuel economic growth and ensuring that students understand the concepts being taught in a foreign language?

Unfortunately, there is no short answer to this. Echoing the sentiment of Malaysia’s National Union of The Teaching Profession, which is urging the government to learn from its past mistakes, a “bottom-up approach” is needed to sustain PPSMI.

I believe more should be done to improve teacher education in Malaysia. Maths and Science teachers should be bilingual to better understand these subjects. All schools, especially those in rural areas, would need to retrain their teachers to adapt to the change.

Across the board, English proficiency should also be improved by investing more in English education and IT capabilities. It is important to ensure that students not only understand English as a subject but also comprehend it as a medium of instruction. Failure to do both would lead to students not learning anything at all.

In the public sector, more should be done to support the government’s existing Dual Language Programme (DLP), which gives certain schools the option to teach Science and Maths in English. In 2018, there were 22,960 primary and secondary students enrolled in DLP with Phase 1 of the programme resulting in 36.28% of primary school pupils and 46.44% of secondary school students achieving better results in their English language exams from 2016 to 2017.

Many Malaysian parents are keen to improve their child’s marketability in the workforce and, like the Parent Action Group for Education (PAGE), welcome the reintroduction of PPSMI. In fact, when it was reversed in 2012, parents flocked to the private sector, enrolling their children in international schools to take the International General Certificate of Secondary Education (IGCSE) instead of SPM.

Statistics released by the Malaysian Cambridge Assessment International Education found that in 2017, the number of local students sitting for IGCSE was 8,800 compared to only 3,000 in 2012.

Putting racial, nationalistic and political sentiments aside, I believe that everyone is eager. Parents are eager to better equip their children for the future. The government is eager to reintroduce a sustainable version of the PPSMI. I am eager for my students to speak confidently in English, empowered by better proficiency and understanding. Nevertheless, we must ensure that Malaysia is not only eager and willing but also able and ready for the change. 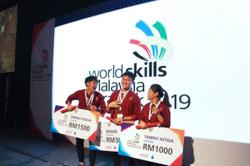