Zam was one formidable journalist 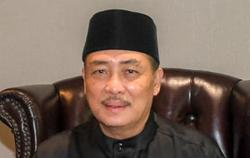 I REFER to Rozaid Abdul Rahman’s excellent tribute to the late Tan Sri Zainuddin Maidin (aka Zam), “Zam, the King and I” (Sunday Star, Nation, Dec 16; online at tinyurl.com/star-zam).

Rozaid’s reminiscences of Zam were indeed moving and afforded valuable insights about the latter’s passion and commitment as a newspaper editor as well as mentor to numerous journalists in the media industry in Malaysia.

I am quite certain that in the coming days and weeks, others from the media fraternity who worked with him and those from other professions who interacted with him will share their memories about this towering journalist. These would include former and serving politicians, academicians, civil servants, as well as those from the literary and arts scene and the entertainment industry.

As with many Malaysians from my generation, I have been following his writings since my student days in the 1970s. Although I may not have agreed with some of his views, I have always found his writings to be stimulating and thought-provoking. He was indeed an astute chronicler of events and personalities, and had the ability to interpret them in a cogent manner.

I remember reading the columns that he wrote for both Utusan Malaysia and Mingguan Malaysia. These included his weekly “Hari Itu Sudah Berlalu” (That Day Has Passed) column in which he wrote about his observations and views on various events and personalities. They ranged from important events and issues facing the nation as well as the traits and quirks of various personalities. These included the 1955 Baling Talks, Konfrontasi, Singapore’s separation from Malaysia, and the 1989 Peace Agreement with the Communist Party of Malaya.

What made Zam’s writings all the more interesting was his ability to infuse them with the human interest angle. I recall that he wrote endearingly about the late Tunku Abdul Rahman, our first prime minister. He recalled how as a young and novice reporter in the late 1950s, he took his courage in his hands to approach Tunku at the latter’s Alor Setar residence for an exclusive interview. The then prime minister not only agreed to be interviewed but, knowing how nervous Zam was, asked him about his family background.

After Zam had volunteered the information, Tunku told him that he knew his father. Zam recalled that this was not the case but was just the endearing way in which Tunku tried to make him feel at ease!

From his vantage point as a journalist, Zam also gave useful insights about the styles of leadership and thinking of other prime ministers, including the late Tun Abdul Razak, the late Tun Hussein Onn and Tun Abdullah Ahmad Badawi. And, of course, he wrote extensively about the leadership of Tun Dr Mahathir Mohamad. He also made interesting observations about foreign leaders, particularly those from our region.

As is widely known, following his retirement from politics, he continued to write regularly through his blog “Zamkata”. Not surprisingly, his blog was often quoted by the media and had a large following. We are indeed fortunate that Zam had the foresight to compile his numerous writings into books that I am sure would be of great benefit not only to media practitioners, academicians and researchers alike but also to the younger generation of Malaysians.

Without doubt, his journalistic contributions have certainly enriched the country. May Allah bless his soul. 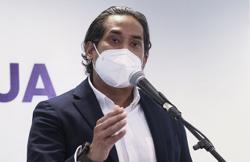 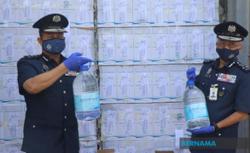