TODAY is International Women’s Day. March 8 serves as a stark reminder that much still needs to be done to eliminate gender inequality, discrimination and violence against women in our country. This year’s theme is #PressforProgress and I would like to highlight a subtle form of gender inequality that exists. It is known as “activity inequality”.

Activity inequality occurs when a country has a wide gap between those who walk a lot and those who walk very little. A 2017 Stanford study (http://activityinequality.stanford.edu/) that analysed the smartphone data of 717,527 people over 68 million days found that women walked disproportionately fewer steps each day than men in most countries. This occurrence is also known as the “gender step gap”, which is the difference between the number of steps taken by men and women.

Malaysia has one of the highest gender step gap out of 46 countries observed, ranking third place in high activity inequality between genders (just below Saudi Arabia and Qatar). Malaysian women walk an average of 3,170 steps per day, which is 1,477 steps (32%) fewer compared to men, and 792 steps fewer than the country’s average (3,963 steps).

Why do Malaysian women walk less than men? Ask any woman and you would get the simple answer: lack of personal safety in public spaces (for example street pavements, parks or market places).

Many women feel unsafe in public spaces due to risk of violence, including unwanted sexual remarks, snatch theft, harassment, assault and rape. According to Kuala Lumpur police chief Datuk Seri Mazlan Lazim, the city recorded 1,010 cases of snatch theft and robbery in 2017 compared to 640 cases in 2016.

Women are often key targets of crime such as snatch theft in public spaces. The US Department of State in its 2017 Crime and Safety Report on Malaysia reported that “women walking by themselves or with small children are common targets (of purse snatching incidents).”

The threat of harm in public spaces often prompt women to pay for taxis or ride-sharing services, drive, take public transport or stay at home.

Unsafe public spaces impose a health cost to women and highlight health inequalities between both genders. Walking is a basic physical activity that helps maintain a healthy weight, strengthen muscles and bones and improves one’s moods.

Taking away basic opportunities for women to exercise puts them at a greater risk of catching exercise-related health problems later in life, including obesity, high blood pressure, cancer and heart diseases.

Exercise-related health problems can have significant and detrimental effects on a person’s life. People with obesity are at risk of many serious health conditions that could severely impact their financial status and quality of life, such as type 2 diabetes and chronic body pain. They also often experience the stigma of their body weight, which may lead to mental health problems such as clinical depression.

These problems have an adverse effect on our nation’s economy. According to a report by the Economic Intelligence Unit, the estimated cost of obesity to the Malaysian economy in 2016 was between US$1bil and US$2bil. The National Health and Morbidity Survey last year revealed that 73% of Malaysians die of non-communicable diseases, such as heart diseases, which burden our public health system.

The Stanford study also found that countries with higher activity inequality also have higher obesity prevalence. This is reflected in a review of adult obesity research in Malaysia by associate professor Dr Lim Kean Ghee that showed higher rates of obesity among women compared to men.

By increasing the likelihood of a woman to walk, we are improving their health and reducing the economic cost of health conditions to our country.

The danger of public spaces also affects women financially. They can choose other options to walking only if they have the financial means to do so. This means that cost can be a barrier to safety for those who cannot afford to buy cars or pay for buses, taxis and ride-sharing services. These women would be forced to walk through unsafe public spaces, which puts them at a greater risk of violence.

This would take the collaboration of all persons living in this country across all levels of society – families, communities, schools, workplaces, law enforcers and Government.

Our Government must work together with civil society and NGOs to mainstream and integrate policies that ensure the personal safety of women across all legislation.

Our law enforcers must be trained, provided with sufficient resources and steadfast in enforcing these policies. As perpetrators of violence towards women are often men, men must take a participatory role alongside women in solving gender inequality.

We must make our public spaces safe for women to reduce activity inequality between genders. By ensuring the health and financial stability of Malaysian women, we are ensuring the future of our nation.

Safety in public spaces should not be a privilege, and gender should never be an obstacle to health, safety and quality of life. 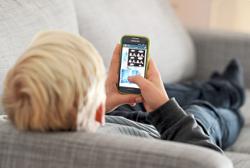