Help Bajau Laut to have a place to call home 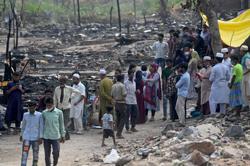 LIFE ON PULAU KALAPUAN OFF SEMPORNA, SABAH, NEAR THE MARINE BORDER WITH THE PHILPPINES. IT IS INHABITED BY SEA GYPSY BAJAU LAUT AND THEIR MORE SETTLED COUSINS, THE BAJAU DARAT. MOST RESIDENTS MAKE A LIVING FROM FISHING. THERE ARE NO SCHOOLS AND CLINICS FOR THE KAMPUNGS 300 PLUS RESIDENTS.

RECENTLY, many celebrities took to the stage at Istana Budaya in support of the Rohingya people. According to press reports, this was done to raise awareness and support for humanitarian causes and peace around the world with a focus on the Rohingyas in Myanmar.

But while we look at the plight of the Rohingyas, we must also consider the state of the Bajau Laut who have existed on the seas off the east coast of Sabah for hundreds of years. They are stateless and their children are facing tremendous difficulties. Opinions differ on their origin with one legend saying they came from Ujong Tanah (Malay peninsula), another says they are from Indonesia while yet another points towards the Philippines.

Even if their origins are still being debated, the Bajau Laut is essentially an ethnic group of Malay origin and they are also Muslims. The United Nations Convention on the Rights of the Child (CRC), which Malaysia ratified, states in Article 3: “In all actions concerning children, whether undertaken by public or private social welfare institutions, courts of law, administrative authorities or legislative bodies, the best interests of the child shall be a primary consideration”. Article 7 further adds that the “child shall be registered immediately after birth and shall have the right from birth to a name, the right to acquire a nationality and, as far as possible, the right to know and be cared for by his or her parents.”

However, Malaysia has placed reservations on certain Articles of the CRC.

Is it time for Malaysia to withdraw these reservations in order to assist Bajau Laut children? In aiding the rest of the world, have we neglected these innocent children on our doorstep?

It would seem that we have failed to recognise their existence and way of life. Being stateless, they are illegal immigrants and this prevents their parents from finding a job to care for them. Since legal documents on their status do not exist, they are deprived of education and constantly live in fear of being caught by enforcement officers. Usually, enforcement personnel who come from peninsular Malaysia cannot differentiate between them and the other illegal immigrants.

These children will grow into illiterate adults who will be stuck on their boats for the rest of their lives, gambling between life and death to survive. Medical treatment, I believe, depends on the sympathy of the hospitals. And what happens to them when they are caught by enforcement officers?

Another concern is that these children will be the targets of terrorist. In order to escape the uncertainty in their lives, they may opt for the false promises of terrorist organisations and thus be a future threat.

It’s time to be kind to these sea people. Divine law commands us to show love and compassion towards these unfortunate children but man’s law may prevent us from doing so.

It is not wrong to recognise the Rohingya by creating a special document for their needs but it leaves a big question mark when the same cannot be done for the Bajau Laut. Whether we like it or not, they are becoming part of our society. We must accept them and learn from them their knowledge of the sea. As Bajau Laut children often say: “Ma rilaut aniak kamemon, ai ai sajja kabalahian nu. Min kaa na amiha (Everything is there in the sea. Whatever you need is there. It’s for you to find).”