I REFER to the report “Ancient shipwrecks find may force a rewrite of SEA history” (The Star, Sept 2).

The Malay peninsula is anchored well in world prehistory and history, being located on the strategic crossroads of the east-west monsoons which facilitated sailing and inter-island trade in the Malay archipelago.

The western coast of the Malay peninsula was once a thriving settlement. There is strong evidence of global trade between the Indus Valley and Peninsular Malaysia, and they were both interested in precious metals like gold, silver and iron, and forest products.

The Bujang Valley and Kuala Selinsing were once excavated by a team led by archaeologist Prof Datuk Nik Hassan Shuhaimi in 1988. In 2010, a stone sculpture of the makara, a sea creature in Hindu mythology, was found at Sungai Mas, Kedah. This makara was similar to those found in Borobodur and in Muara Takus in Sumatra.

The Kuala Selinsing settlement was dated to be between 200BCE and 1000AD. Bujang Valley was connected by the Petani River to the coastal kingdom of Langkasuka (later Patani).

The Semeling marine archaeological site, dated between 487BCE to 110AD, reported in The Star was perhaps an older site (old Kedah). This discovery undoubtedly opens a new chapter in revealing the history of ancient Kedah and the Bujang Valley.

Marine archaeology has not been fully explored in South-East Asia. There is the Butuan balangay (boat) wreck (320AD) found in Agusan del Norte, Cebu and later the Pontian boat in Pahang (3AD to 5AD) as reported by Evans and Manguin.

More recently, in 2012 Dr Mary Jane Louise A. Bolunia discovered a giant “mother ship” (25m long instead of the 15m balangay) dated to around 1521 (the time of its use was during Ferdinand Magellan’s visit).

Discovery of boat wrecks certainly reveals the ancient history of trade. In the case of the balangay, it showed that Filipino trade thrived between Champa and China during the Kingdom of Butuan.

Similarly, the Semeling boat discovery will trigger interest among local archaeological historians who would want to know more about the history of ancient Malaysia.

Wilhelm Solheim, a historian, was once intrigued by the coastal sea gypsies plying the ancient routes of Japan, China, Taiwan, Champa, the Philippines, Vietnam, Thailand, Malaysia and Myanmar.

He termed their culture the Nusantoa Culture. The “Orang Laut (sea gypsies)” were responsible for building the coastal port of Malacca in the 14th century.

Today, the Bajau Laut people living off Semporna, Sabah, could be their descendants.

Early evidence may suggest the role of the Orang Laut (sea gypsies), the “Chaw Lay” off Phuket (Thailand) and the Mokans of Southern Myanmar in many Malay kingdoms of South-East Asia.

Prof Datuk Dr Mokhtar Saidin has an excellent argument for the development of coastal ports based on the discovery of the iron-smelting industry in Sungai Batu. In the Angkor Civilisation, it was discovered by Prof Thuy Chanthourn (archaeologist, Royal Academy of Cambodia) that the Phnom Dek mountain north of Angkor was a major iron and gold smelting area in ancient times.

The site was gazetted an archaeological park by the Cambodian Government.

The Malaysian archaeological authorities may be well advised to collaborate with the Manila National Museum, Walailak University of Nakorn Si Thammarat (Thailand) and the South East Asian Maritime and Underwater Cultural Heritage (Seamuch) in Bangkok partly to ascertain the status of the Semeling site and also to get added expertise and possible financial support for collaboration in database management.

Malaysia is a signatory to the Seamuch database project. An initiative to work together will not only enhance knowledge and awareness of the maritime and underwater cultural heritage but also protect the heritage in the Malay Peninsula and the ancient Malay regions of South Thailand. 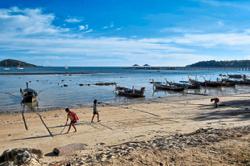 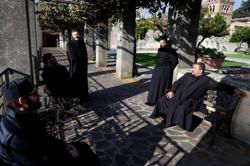