This ban came at very short notice, and, following so closely to the start of the Goods and Services Tax (GST), is likely to hurt the livelihood of food hawkers and traders and affect consumers at large.

Hawkers and traders, already struggling to run their small businesses due to inflation, are facing higher costs from GST.

Banning polystyrene and forcing a switch to biodegradable paper or natural fibre containers will directly increase the cost of hawker food, especially for take-away or tapau. These higher prices will be passed on to customers who are already feeling the pinch from GST.

The reason polystyrene (PS) containers are so popular and hard to replace in Malaysia’s food culture is that it is safe to use and is also cheap. PS foam has been certified under the Malaysian Food Act 1983 (Act 281) and Sirim for use as a food contact packaging material. Furthermore, the fact that it is widely used in developed countries such as the United States, Japan and in Europe shows that PS is not hazardous. And it is about 35% cheaper than some of the new biodegradable paper or natural fibre containers that have recently emerged in the market.

The timing of the ban also suggests that the authorities have overlooked the opportunity to recycle polystyrene products. Mandatory waste separation, set to begin in September, can make polystyrene more easily identified and separated for recycling instead of being disposed in landfills.

With too little coordination and consultation on this issue, the chance to recycle polystyrene has slipped through the cracks.

The Malaysian Plastics Manufacturers Association (MPMA) has previously proposed collaboration with one state government with a pilot project in order to develop the necessary infrastructure for appropriate waste separation and recycling.

MPMA is also open to collaboration with local authorities in a Public Private Partnership on this, to work towards an organised waste separation system and, of course, a cleaner, healthier Malaysia.

Polystyrene should be recycled instead of being banned. A knee-jerk ban of this safe, useful, cheap material merely results in higher costs for consumers with no change in society’s attitude and behaviour towards recycling and more importantly, littering.

Under it’s “Don’t Be A Litterbug campaign”, MPMA has raised awareness and pushed the message that littering harms the environment, and all waste needs to be properly and appropriately disposed. Hence, the more crucial and urgent approach is to collectively adopt the anti-litter habit and cultivate the recycling habit across Malaysia.

As much as we admire the cleanliness of countries like Japan, we need to understand and benchmark the immense efforts undertaken by its citizens in keeping their country clean. Inevitably, the positive impact generated from curbing the littering habit will be evident should we as Malaysians work together for a cleaner country.

Polystyrene should be recycled not banned 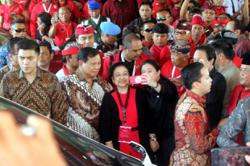 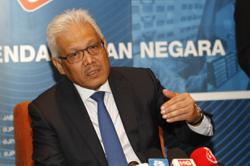