Lack of recognition for dragon boat racing despite achievements 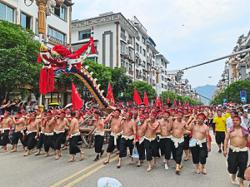 First of all, it is disheartening to see that while Singapore has acknowledged the dragon boat race as a national event, Malaysia, which organises the races itself, doesn’t even consider it as one!

It is indeed a shame that Singapore managed to see the potential of the sport while Malaysia is still left in the dark.

It should also be noted that our local rowers are of international standard.

This fact was further strengthened with the Penang Forward Sports Club winning at the Penang International Dragon Boat Festival held in June 2002.

This competition was considered the cream of the crop as rowers from all over the world converged at the Teluk Bahang dam to compete with each other under the banner of fair sportsmanship.

Though our local rowers have done the country proud, no recognition or official sponsorship was bestowed upon them.

No one even realised that the rowers have uplifted our country’s name in the spirit of Malaysia Boleh.

It is sad to see that dragon boat clubs have to beg for donations and sponsorships whenever the competition is near and the rowers join the sport without much financial support from the Government.

Why the Government gives so much financial and moral support to under-performing events where we are the event “fillers” but neglects the events which we really excel in is beyond comprehension.

I hope the Government will recognise dragon boating as a national event and provide assistance to the deserving teams or events. 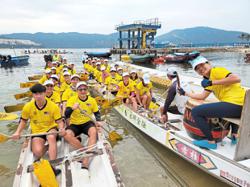