Dealing with the 'pig' in the room, how brands market CNY in a sensitive Malaysia

IT MUST be a stressful time to be in advertising right now. You spend months and thousands of ringgit to come up with brand ideas, produce billboards and newspaper ads, make videos that will be skipped after five seconds on YouTube - only to have all of that work undone by one Facebook post from some guy who mistook wagyu beef for pork.

Even when brands are not going out of their way to market non-halal imagery, the case of Malaysia Airlines' Going Places magazine - which came under fire last week when social media users thought that a beef dish in one of its pages was pork - is an example of how hyper-sensitive Malaysians can be when it comes to this subject.

So that raises an interesting question that I want to explore today.

Brands have always planned their Chinese New Year marketing campaigns based on the animal zodiac sign of the year. But how do you market an animal that is reviled by some communities?

Let's see how China handled it. The last Year of the Pig was in 2007, and China's national broadcaster CCTV (now CGTN) banned advertisements that featured pigs "to avoid conflicts with ethnic minorities."

In China, Muslims make up only 2% of its population.

Preserving the sensitivities of ethnic minorities was lauded, but that move also presented a challenge for retailers to draw in traditional customers, because it was like running a Christmas campaign with "no images of Father Christmas," according to an article by NPR.

It feels like a Catch-22. You can't change the zodiac sign but if you make pigs the mainstay of your marketing campaign, you risk incurring the wrath of offended customers.

However, if you totally ignore the zodiac sign, you may alienate the Chinese market, which values culture and tradition, and are the ones celebrating and spending the most this holiday season.

Though the government has said businesses were free to use any imagery of pigs in their marketing campaigns, the approach by Malaysian brands in their advertising for this year's CNY has been as varying as it has been interesting.

Some are playing it safe, opting for other themed CNY marketing campaigns; such as Maxis which is running a hilarious ad campaign focusing on family competition. Sunway Group is highlighting Hakka culture, of which a large percentage of Malaysian Chinese can claim roots, in its Sunway Pyramid mall.

Perodua has a single beige advertisement with tiny CNY symbols such as lanterns, firecrackers and lions to promote rebates for its cars.

Then we have the risk takers, ranging from those that lean heavily with the zodiac sign such as Starbucks, which launched a popular pig mug (they produce animal zodiac sign mugs every year), to other brands that are attempting to appropriate elements of the pig subtly into their campaigns.

Some don't land, like Astro's CNY mascot, which looks like a stillborn monkey-pig lab experiment in a zipped-up red hoodie.

Then there are inspired choices, like in 1 Utama, where three 'piggy banks' make up the base of the mall's main decorative attraction. But you probably didn't notice it because they share the stage with huge lavish daffodil and floral arrangements that draw the eye away from the piggy banks, that can easily be mistaken for smiling Chinese drums.

"We realise pigs are a little sensitive. We don't want to create any hoohaa," said 1 Utama general manager Patrick So on the decorations.

"We want those who come to our mall to have a positive mood and enjoy their time."

Instead, So said the mall wanted to focus on elements that were relatable to all Malaysians - saving money. The piggy banks were a perfect way to balance both the sensitivities and cultural expectations of a polarised market.

"You don't have to put it (pigs) in people's faces if you're not ready to accept it," said Sreejit Pillai, principal partner for Komunica Consulting, who added that there doesn't seem to be any immediate risk to brands from shying away from that subject matter here.

"But I think it's important to push the envelope and be more creative," he said.

Luckily, So says the mall has yet to receive backlash for the use of pigs in its decoration.

"I think people are getting more mature... compared to my school days, we are stepping forward.

"I think in time, everyone will stop saying I am Chinese, Malay, Indian and everyone will meet in the middle and accept each other's cultures," he said. 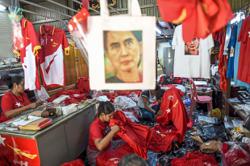 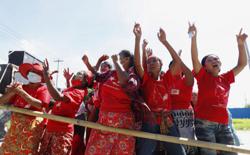 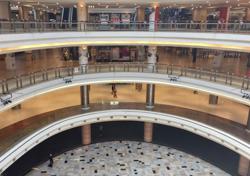