Doing better for our international students

FROM Afghanistan, with love

Sebghatullah Qazi Zada, aka Seb, from Afghanistan, enrolled at the International Islamic University Malaysia (IIUM) in 2009. There, he’d completed his undergraduate studies, masters and PhD – all in law.

Malaysia was his home for almost nine years.

In between his studies, Seb, with a keen interest in languages and culture, picked up our Bahasa Malaysia. Within three years of being here, he was confident enough to stride on stage, face competent competitors, and emerge champion in the Pidato Antarabangsa Bahasa Melayu 2012 (International Malay Language Public Speaking Competition)!

We had recently met up in Sydney where he is currently based.

I’ve known Seb and his brother, Zia (currently doing his PhD in IIUM) for almost a decade. All of us were members of the university’s debate club. We trained, ate, prayed, competed, and laughed together.

Seb’s ambition is to be an academic. During our conversation, I asked, “Given the opportunity, would you work in Australia or Malaysia?”

He answered, “Malaysia has a special place in my heart. Malaysia made me who I am today.

“It would depend where I could contribute more. However, I understand why many would prefer to study and work in Australia as they provide better facilities.

“For instance, the temporary graduate visa allows graduates to remain in Australia to live, study or work after they have finished their studies”.

While full of praise for his years of precious study, language-learning and debating in Malaysia, Seb emphasises that better services need to be provided to international students, specifically in easing visa procedures and working rights.

“The advantage in Australia’s education system is that the country has clear guidelines on part-time work and post-graduation opportunities, ” said Seb.

“Such certainty and clarity is valued by the international students, ” he added.

Seb and his brother Zia are among millions of students who travel abroad for education annually.

In 2016, international student mobility was around 5.1 million. According to Unesco, the United States leads the way (24%), followed by the United Kingdom (11%), and Australia (7%).

In a research report by Studyportals, it was estimated that the global economic impact of international students amounted to US$300bil (RM1.3 trillion) in 2016.

In Malaysia, the Education Ministry (MOE) estimates that international students could contribute to as much as RM15.6bil by 2020 – this is almost as much as our Sales and Services Tax (SST) collection or the entire higher education system’s budget!

Aside from the economic impact, there are many intangible benefits from having international students studying here such as intercultural exchanges, robust viewpoints, enhanced research collaborations, and greater competition – all of which lead towards an innovative, inclusive and interconnected global society.

And on happy occasion, international-local marriages happen too.

With many socio-economic plus points, it is no surprise that most nations and universities are in the chase to attract international students.

Is Malaysia a declining education hub?

Malaysia is currently one of the top international education destinations in the world with over 170,000 international students, according to Education Malaysia Global Services (EMGS).

In 2016, the British Council commended Malaysia for its balanced international higher education policies portfolio (alongside Germany).

EMGS, set up in 2012 to improve the overall international student management process, was part of this effort.

Currently, Malaysia is also home to 11 top international university branches and collaborations – the highest in Asia.

These include five British institutions (Nottingham, Reading, Newcastle, Southampton and Heriot-Watt), three Australian (Monash, Swinburne and Curtin), one each from China (Xiamen) and Singapore (Raffles), as well as the United States (MIT-Sloan Management in collaboration with Asia School of Business, and MISI-MIT Supply Chain and Logistics).

The cost of an international degree in Malaysia is about a third cheaper than in a high-income nation. In fact, Kuala Lumpur has been voted most affordable student city a total of three times according to a survey by QS (the publisher of global university rankings). Malaysia is also one of the most diverse cities in the world, making it one of the best places to catch up on being a global citizen.

Despite the facts pointing to Malaysia as being quite a dandy place to study, according to EMGS, we dropped from 10th to 12th as a preferred international education destination.

Foreign student applications had apparently decreased by 39% over the past four years.

Why is this so?

Among possible reasons is that international students are being “victimised” by the authorities.

In July 2019, it was reported that this was the unintended consequence of the clampdown of errant institutions that were bringing in foreigners under student visas for purposes other than study. (Links here and here).

Nevertheless, have such experiences caused a domino effect on future international students? Alumni testimonial (or the lack thereof) could be a factor here.

MOE wants to hear from you

MOE recently tasked the International Institute of Public Policy and Management of Universiti Malaya (Inpuma) to look into internationalisation policies of higher education in Malaysia.

The team is led by Professor Dr Shakila Yacob, executive director of Inpuma, and consists of private and corporate sector members (including yours truly).

The aim of this research is to equip MOE with information and data to help in the formulation of more dynamic internationalisation strategies by recognising our strengths and improving on our weaknesses.

According to Prof Shakila, “The Ministry appreciates and recognises international students as a key part of our education ecosystem and a driver of growth. We are also keen to understand international staff mobility, which is an equally important but generally underserved area of understanding.

Together, let’s make Malaysia’s globally competitive and do better for our international students. Share your thoughts via the links below or drop me an email at danialrahman0330@gmail.com. 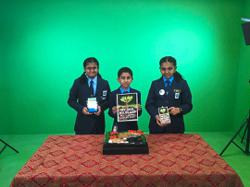 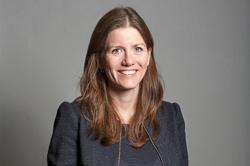