Speak up for PTPTN

With PTPTN often being a political landmine, the public’s voice can lend strength and legitimacy to necessary (and potentially politically unpopular) policy changes.

LET’S begin with a question. If you were the National Higher Education Fund Corporation (more famously known as PTPTN), what would you do to improve loan collection and ensure its sustainability?

Kindly remember that you have a debt of RM40bil with approximately 49% of your borrowers refusing to adequately service their loans. Under the current circumstances, your debt could double to RM76bil in 20 years.

With this in mind, would you:

(a)Introduce mandatory salary deductions for everyone earning RM2,000 and above?

(c)Remove the first-class repayment reward to save funds?

If you answered “Yes” to any of the above, then congratulations! You have similar ideas to other members of the public who had given those suggestions to PTPTN.

If you disagreed, what alternatives would you introduce?

The good news is that PTPTN is currently conducting a public consultation process t o improve the state of higher education student loan.

I found the consultation notes useful and comprehensive, with lots of (previously unavailable) data. So, kudos to the transparency there.

And the bad news? PTPTN is, has been, and may always be, a political lightning rod.

Let’s take a step back for a moment

As you can see, some of the ideas above are popular with certain members of the public. Unfortunately, they are politically “perilous” even if they may be necessary, policy-wise.

For instance, the travel ban was credited with an increase in PTPTN loan repayments over the last few years.

Don’t take my word for it – the data is in the link. It states, “2/3 of borrowers started to make payments in response to the travel ban”.

This amounted to 684,233 borrowers who had paid (back) RM2bil. “This shows that stricter enforcements work”.

The Public Consultation write-up goes on to state, “However, the enforcement at the point of departure greatly inconvenienced the defaulters”.

At this stage, we have a policy, unpopular as it may be, that worked, but was scraped due to being an “inconvenience” and politically fraught.

Lest we forget, PTPTN was a big issue among the voters in the 14th General Election last year.

The increased collections between 2014 (RM700mil) and 2017 (RM3.98bil), compared to the reduction in 2018 (RM3.3bil), is being bandied around by political parties as validation of previous policies.

This leads us to a stalemate, one which, truth be told, causes more harm than good.

Back in 2017, I wrote an article titled "Why it’s vital to pay your study loans", aimed at highlighting (and praising) PTPTN’s efforts to recoup loans and to generate funds from its SSPN savings scheme.

The repercussions are dire. Your failure to repay will deny future generations of education opportunities!

Clearly, some borrowers are abusing the Malaysia Baharu spirit with their irresponsibility.

So, how do we solve this predicament? An immediate solution appears to be to reinstate the travel ban.

And since it was introduced by the previous government, chances are they won’t undo it.

So it’s an unpopular policy that exists under both political paradigms … or is it?

If there was a time when our politicians needed to rise above politics for the greater good of the nation, this would be one. PTPTN’s sustainability means providing continued access to tertiary education for all Malaysians.

Historically, over 60% of PTPTN loans have gone to the B40 group. And with this group making up a bulk of the voters, both sides should have their interest at heart.

Having known Wan Saiful for a number of years from his IDEAS think-tank days, I know he values data driven policy-making, which may not always be politically expedient.

During the grill, there was a candid moment where he (vulnerably) quipped that he was less free to speak publicly now because he’s in government.

As one of the “newer” entrants to Malaysia’s political scene, he’s certainly faced the brunt of politicking (and misreporting). For instance, news reports that PTPTN was contemplating reintroducing the travel ban was in fact proposed by members of the public, but portrayed otherwise.

But that’s the point, right?

Even if the travel ban is reintroduced, it comes from public consultation. Therefore, it should carry weight.

Ultimately, if the data and public opinion point towards such moves being necessary, we should embrace them. Short of introducing referendums within our democratic system, it’ll be nice to see firm policy come out of public consultation. Enough mollycoddling of errant defaulters.

PTPTN is on the right path in seeking the views of the rakyat – for the sake of our nation’s education system and future students.

There are only three simple questions in feedback section of PTPTN’s public consultation website. You have until June 13, speak up for PTPTN. 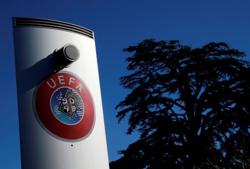 'Love is not tourism,' says couple separated for 6 months by coronavirus