How many medical schools does Malaysia really need?

Last fortnight, we debunked the rigid 1:400 doctor-to-population single target and proposed a more accurate, nuanced and predictable set of targets.

This week, we’ll look at ways to moderate the number of medical schools and students to achieve these improved targets.

The problems attached to the over-supply of House Officers is extensively discussed elsewhere, so I won’t repeat the concerns.

Moderating the right number of schools and students implies a central planning function for the Health Ministry (MOH), and this is the correct political choice.

However, central planning is an inexact term, because it implies that the MOH will forcefully compel a quota (which is wrong).

It’s also a term weighted by historical baggage. Historically, central planning has been proven to fail in both philosophical and economic terms.

Socially and politically, any quota on schools and students may restrict the freedom of citizens to choose what, where and when they want to study, which is wrong by itself and may also lead to inequality and a brain drain from Malaysia.

Indicative planning could be a better term, because MOH should indicate broad goals and a timeline to achieve them, and then enforce compliance through high standards rather than coercion.

One, governments retain a right and duty to regulate in the public interest because health is a public good.

Two, the power balance in medical education has definitely skewed towards the exuberant private sector and individual choices, and must be re-centred so that the Malaysian public service regains its footing as an equal (not greater, but certainly not lesser) partner.

Three, all developed countries (even the flag-bearer of liberal capitalism, the United States) exert some control over their health workforce needs.

Too many medical schools

The holy grail of 1:400 doctor-to-population ratio is one reason for this abundance, but there are others.

Everyone wants to be a doctor. Entrepreneurs jumped on the medical education bandwagon to make money. Barisan National (BN) component parties politicked for more licenses in the 1990s-2000s.

There are also issues of jurisdiction and expertise, and discoordination between the Ministries of Health and Education.

As if local schools weren’t abundant enough, Malaysia recognises another 346 foreign schools in the Medical Act’s Second Schedule, a number that increases over the years.

As a comparison, Singapore recently reduced their number of recognised foreign medical schools from 160 to 103, effective Jan 1, 2020.

There are also multiple well-meaning Malaysian government agencies and Government-linked companies (GLCs like Petronas or Khazanah) providing scholarships for undergraduate medical studies, but without coordinating actual national needs among themselves or with MOH.

Finally, if 378 schools (32 local + 346 foreign) are not enough, anyone graduating from any medical school not in that list can sit for an Examination for Provisional Registration.

With so many conflicting interests, we need a strong Government hand.

Fortunately, the Government can control the number of medical schools through politically-acceptable high standards, allowing indirect control over the number of students.

Measures to reduce numbers must accompany measures to enhance the selection of students and to improve the quality of schools; these are covered in other articles that should be read together with this one.

Firstly, we can reduce the number of local medical schools through a series of uncontroversial steps.

The moratorium on new schools expires April 2021 and must be extended indefinitely.

The total number of local schools must be capped at 32, but transfers of licenses could be allowed (like Certificates of Entitlement for cars in Singapore) if the new owners can prove they will meet the minimum standards.

Stating a lower cap is desirable, but politically and practically impossible; should it be 15? 20?

We should abandon the idea of an arbitrarily-decided new cap. Instead, the Government can enforce existing quality standards (e.g. lecturer/student ratios), and the laggards will shut down by themselves.

This hybrid solution could be the best balance between government interventionism and market discipline.

Secondly, we can also reduce the number of foreign medical schools.

We have two options that can be implemented singly or jointly.

Option one is to dramatically reduce the number of foreign medical schools in the Second Schedule, from 346 to around 100.

We can determine the criteria to de-recognise schools, e.g. the percentage of House Officer drop-outs or extensions, or illegally admitting students who don’t meet minimum entry standards.

Option two is to remove the Second Schedule entirely and introduce a Common Licensing Exam similar to the entrance exams in the US and UK, and also similar to Malaysia’s Certificate of Legal Practice for lawyers.

This way, anyone can graduate from any medical school anywhere in the world, but must pass the Common Licensing Exam as a harmonised medical school exit exam.

The Common Licensing Exam has been proposed by Malaysian Medical Association, among others.

There are two important caveats.

All solutions cannot be retroactively applied for reasons of fairness, so that existing students – even in de-recognized schools – are allowed to graduate and practise as doctors in Malaysia as they expected.

Given the time-lag, the public must accept that there will be a three-to-five-year wash-out period before we can see positive effects, and must be patient.

However, even if MOH knows that we only need 5,000 new doctors per year (for example), it’s impossible to control the intake that took place five years ago. Having the Common Licensing Exam will help winnow out incompetent young doctors though.

Another piece in the jigsaw puzzle is to coordinate the scholarships and loans provided by the likes of Mara, Khazanah and Petronas, with the Public Services Department (JPA).

There’s still a loophole, because the Government cannot stop citizens from starting a medical degree in private medical schools on their own expense, even if they are borderline qualified.

This makes the Common Licensing Exam even more crucial. If the Government sends a strong signal that the health and safety of 32 million Malaysians is more important than a few hundred disgruntled young doctors, then society’s fascination with doctors should subside.

That is probably the toughest solution to implement.

We sorely need clearer and more courageous communication with society to note that while our Government will allow a citizen’s personal ambitions to flourish, it must also fulfil national public service needs.

It’s a difficult balance to achieve, but the paramount duty is clear: the health and safety of 32 million Malaysians must take precedence over several hundred extra doctors who could be unqualified and unsafe. 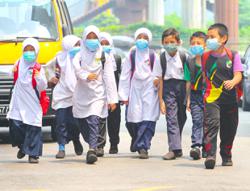 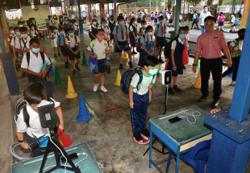