Rule of law must reign supreme

THERE has been a lot of talk on social media recently about decisions our judges have been making in important court cases, with debates getting heated and – a particularly Malaysian habit online – viciously personal and racial. There was even an arrest made after one user made threats against Chief Justice Tun Tengku Maimun Tuan Mat.

So perhaps it was just as well we received a timely reminder and basic lesson on the importance of the judiciary earlier in the week from Selangor Ruler Sultan Sharafuddin Idris Shah: “The rule of law and judicial independence must always be respected as they form the principle and axis of the Constitutional monarchy in the country,” he said. 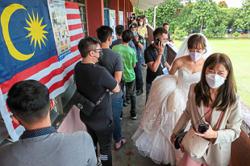