Now’s the chance to get it right A FEW days before the national lockdown was announced, the social media platforms of the Mentri Besar of Selangor posted a question: Is the movement control order (MCO) necessary now?

More than 150,000 people responded via Facebook, Twitter and Instagram, overwhelmingly welcomed a lockdown. This is despite the state’s Covid-19 task force chairman’s view that a stricter lockdown is not the solution to contain the pandemic.

Datuk Seri Dr Dzulkefly Ahmad feels that there were more effective ways to contain the spread of the pandemic. He was calling for a more targeted and effective lockdown, coupled with mass testing. The idea is to identify and isolate those with the virus.

Many experts will agree with Dr Dzulkefly under normal circumstances. But things have changed for the worse. The spike in the number of cases has put the state government in a dilemma.

Mass testing, the very mechanism that is hailed as the right move forward, is responsible for the alarming numbers of those infected.

In a long run, it will help the state. But for now, Selangor has to go through another round of stricter and more painful MCO just like the rest of the country.

Health experts have cautioned the impending crisis for some time already.

The projection for Malaysia is alarming, the estimated death rate could be as high as 200 a day. The total death toll from Covid-19 may reach up to a staggering 26,000 by September.

Dr Adeeba, formerly the Dean of the University of Malaya Medical Centre (UMMC), is currently a Science Council Member for the World Health Organisation.

But some argued that this MCO is either half-hearted, half-baked or a half-measure. How strict is strict is a matter of semantics. There are simply too many exemptions to begin with.

The city of Melbourne has implemented a total lockdown when 60 people tested positive to a more sinister variant called Kappa.

Millions have to endure an extended lockdown after the first seven-day lockdown ended.

The acting state premier of Victoria told reporters: “We’ve got to run this thing to ground, otherwise people will die.”

Malaysia is seeing more than 8,000 new cases each day now. It is simply reckless not to take heed.

We have seen how communities are infected. Most of us have seen family members, relatives, friends, colleagues and neighbours infected and sadly some succumbed to the virus.

The virus is at everyone’s doorsteps.

Lockdowns are hurtful and painful.

In our case it has impacted the economy rather badly. Companies are winding up, people losing their jobs.

The worst hit are those in the B40 category – Mak Cik Kiah included.

The pandemic has shown another disturbing reality – inequality in wealth distribution. Those in the lower income group suffer much more than upper income Malaysians.

We did right the first time. Everyone was on board in a ship traversing troubled waters. But we rejoiced too early.

We were gleefully watching Singapore struggling with infections among its migrant workers. We did very well indeed that we let our guard down. We celebrated too early. We didn’t have an exit strategy. We inflicted upon ourselves the injury that we are dealing with now – the Sabah state election, our attitude and discipline, and many more.

The people shouldn’t be blamed entirely. They wanted to move on with their lives. Lives must be saved, so too are livelihoods. Many were willing to make sacrifices and they did that.

The government is partly to be blamed,too, for its indecisiveness, flip flops, and U-turn regarding policies and conflicting statements made by the ministers.

We need to look at the surveillance and monitoring system. We have MySejahtera, which despite its occasional shortcomings should be utilised to the maximum. After all we have the capacity, the technology and the know-how.

Experts have been talking about a holistic, all-in-society approach in dealing with the pandemic. Community engagement is critical. It shouldn’t be top-down approach all the time.

Political parties must mobilise its machinery like the ones they have during elections – to reach out to the people. They must help with

the registration and vaccination appointments for the needy, especially the elderly in rural areas.

Other than adhering to the SOP and to expedite the national immunisation programme, people must be part of the entire construct as stakeholders.

This is our last chance to get out of this pandemic. We have no other options. We will have to make sure that this MCO is successful. Too much is at stake here. Let there be light at the end of the tunnel. 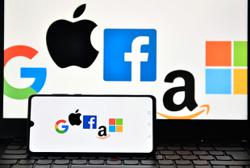