Only in Malaysia: where we have gone wrong with fatwa

By Sharing The Nation ZAINAH ANWAR 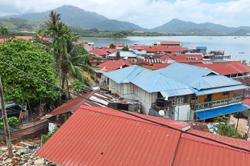 Formulating laws: File picture of Parliament in session. The legislative authority to make laws in Malaysia lies with Parliament and the state assemblies, not the fatwa committees.

Fatwa are only advisory opinions to guide a Muslim to lead a life according to Islam.

I WONDER how many Malaysians know that under the Syariah Criminal Offences laws of this country, it is a criminal offence for a Muslim to defy, disobey or dispute or to give, propagate or disseminate any opinion concerning Islamic teachings, Islamic law or any issue, contrary to any fatwa for the time being in force.

And that we must be the only country in the Muslim world that has turned the opinion of the ulama into the law of the land without going through the legislative process and then makes it an offence for anyone to challenge that opinion.

That this is a gross violation of constitutional guarantees of fundamental liberties and has no basis in Islamic legal history seem to escape those who drafted the laws and passed them in Parliament and state legislative assemblies.

As long ago as 1997, Sisters in Islam had submitted a memorandum to the then Prime Minister, Tun Dr Mahathir Mohamed, alerting him to the Shariah Criminal Offences (SCO) federal and state laws.

We pointed out that in Islamic legal thought, fatwa are mere advisory opinions and do not have the force of law; to make it a crime to challenge a fatwa in force is to equate the opinion of a Mufti to the infallible word of God; the legislative authority to make laws in Malaysia lies with Parliament and the state assemblies, not the fatwa committees; the right to restrict fundamental liberties lies solely with Parliament and thus the provisions in the law that punish indecency amounts to an unconstitutional trespass on federal powers.

He ordered the suspension of the law and for the Attorney-General’s chambers to conduct a full study. This occurred after the public outcry over the arrest and charging of three young women for violating a fatwa by taking part in a Miss Malaysia Petite beauty contest which drew public attention to the existence of these draconian provisions in the SCO laws.

But when the ruckus died down, so it seems did the review. The public was not informed of any progress.

So these laws remain on the books. Whenever the opportunity arises, the law is revived to threaten and intimidate those who dare to have an opinion different from those in religious authority. So much for Malaysia being touted as the model moderate Muslim country.

In 2005, when another public outcry broke out over the arrest and treatment of 100 young Muslim women and men at the Zouk discotheque, Sisters in Islam yet again submitted another memorandum to the Government calling for a comprehensive review and repeal of the SCO laws.

This time SIS supported its position with research by two legal experts who studied the laws from constitutional and fiqh (Islamic jurisprudence) perspectives.

How much more does it take for this government to realise that forcing people to believe what they do not believe does not constitute faith?

That is why every time a fatwa is issued that makes no sense to the public or the law is enforced that violates the fundamental liberties of citizens, there is a public outcry. And then those in religious authority get insulted and are befuddled as to why so many Malaysians, even Muslims they say, dare to challenge their views and contradict fellow Muslims.

My friends and scholars I know in the Arab world are stunned that a modern country like Malaysia could be so close minded when it comes to Islam. Everyone, literally everyone I meet, knows that fatwa are only advisory opinions to guide a Muslim to lead a life according to Islam. They are theological and legal reasonings given in question and answer form. If at all it is binding, it is only to the questioner, certainly not binding on a whole population and certainly not a crime to disobey.

In fact, if you don’t like the fatwa given by your local mullah, you can go to another one to ask for another opinion and it is left to your conscience to decide which fatwa you want to follow. Everyone understands that in the end it is between you and God.

Truly, only God knows best. The state has no role to play to force you to believe or obey a fatwa and send you to prison or fine you for disobeying the opinion of someone in religious authority. And the media certainly does not sensationalise and incite hatred against anyone for not following a fatwa.

But for some people in Malaysia, this Islamic tradition that has enabled Islam to thrive and grow for hundreds of years in all social and cultural contexts seems an alien tradition.

And yet there are hundreds of fatwa listed in the e-fatwa portal of Jakim and the state religious authorities on a whole range of issues, from whether it is harus (permissible) to dye one’s hair black (only for jihad purposes or for a woman to please her husband), to the use of indelible ink on voters’ fingers (permissible). Some are gazetted, most are not.

For example, many states have issued fatwa that say smoking is haram; Selangor and Penang gazetted, the others did not. Selangor, Pahang and Penang have issued fatwa that declare Amanah Saham Bumiputra (ASB) and Amanah Saham Nasional (ASN) as haram (forbidden), but the National Fatwa Council states it is harus. Some other states followed suit to state it is harus, but not those three states.

So who is right and who is wrong?

All fatwa are justified in the name of Islam. So when there are so many fatwa on the same issue, some making it haram, some harus, some gazetted, some not, some states have them, some don’t, what then is the “Islamic” position on any particular issue?

This would not pose a problem if, like other Muslim countries, the Malaysian authorities have the wisdom to leave it to the conscience of the individual to decide which opinion or which teaching he or she wants to follow and leave it to God to decide in the end whether that person has committed a sin by obeying or disobeying.

But when the state tries to play God, it leads us to the conundrums we are in today. For the public will question the basis upon which some states decide to gazette one fatwa but not another. On what basis is action taken against those who violate a fatwa?

Thousands of Muslims in Selangor and Penang violate the smoking fatwa on a daily basis, and yet none of them has been accused of insulting Islam or charged for violating a fatwa. Why not?

Neither has any tobacco company been charged for propagating and disseminating their opinions on smoking through advertising and promotion that clearly violate the fatwa.

On the scale of wrongdoings, the public wonders why corrupt politicians and officials or the thousands of fathers who fail to pay maintenance to their children are not accused of insulting Islam. It is this selective persecution and hypocrisy that rile public opinion.

There is a good reason as to why fatwa never have the force of law in Islamic history. Because to do so is to, in effect, equate the opinion of the ulama to the word of God.

One reason why the doctrine of binding precedent did not evolve in the Islamic legal tradition is due to the belief that the opinion of one mujtahid (a jurist qualified to interpret legal issues) can never be regarded as the final wisdom in understanding the infinite message of the Quran.

Another jurist can give an equally valid opinion based on his learned understanding of the text. In the context of law-making in a democracy, these differences of opinion should be debated in public and the legislative body will then decide which opinion it wants to turn into law to serve the best interest of society. Public law must be open to public debate and pass the test of public reason.

But in Malaysia, disobeying a fatwa has become elevated to insulting God, insulting Islam. Yes, the state religious authority could consider it an insult to what it considers its learned opinion on Islam; but this cannot constitute a crime, nor can it equate its opinion to God as that would be tantamount to shirk (associating others with God).

In the canons of Islamic juristic scholarship written by the classical scholars of Islam, no one accuses another of insulting Islam for differences of opinion. Only politicians and those with aspirations to power and control do that.

The tragedy of Muslims today is that while we say we want to restore Islam to its past glory, we are instead doing a grave injustice to our rich legal tradition. We bring the religion into disrepute and ridicule in our obsession to make all Muslims think only in the way the state deems fit.

That the coercive power of a modern nation state is then used to impose this one point of view on a whole community of Muslims is unprecedented in Islamic history. And obviously unenforceable in a democracy as there would be public outrage.

We have abused what is authoritative in our Islamic tradition for authoritarian purposes. And this has no place in a democracy nor in Muslim practice. 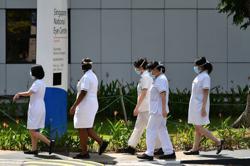 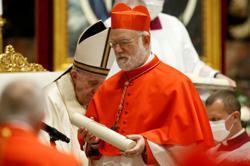