MALAYSIA and China have evolved through many remarkable economic achievements through their relationship, which started in the 1970s and has existed for more than 47 years.

This relationship can be traced back to the political and economic collaboration between the emperors of the Ming dynasty and the Malacca Sultanate.

Malaysia and China also have collaborated on the health facilities and assistance, especially for the Covid-19 vaccine during the Covid-19 pandemic.

This relationship is further strengthened by Malaysia’s involvement in the Belt and Road Initiative (BRI).

These projects form part of the Celt and Road Initiative (BRI) and are expected to boost and advance the connectivity and network between the east and west coast peninsular Malaysia states.

The BRI has indirectly revived the ancient Silk Road, which existed during the Han dynasty in 130 BCE which connected land and sea trade networks between Europe, East Asia, and North Africa.

The Silk Road, also known as the Silk Route, traced its name from the valuable and luxury Chinese silk; it played a vital role in history where its function was more than just a trade and exchange channel.

During its golden age, the Silk Road did not only connect East and West, but it also facilitated the exchange of arts, culture, religion, ideas, technologies, and innovations. This historical Silk Road is considered revolutionary, especially as the first international trade route before its fall during the Ming dynasty.

It has paved the way for modern-day international trade.

For that reason, BRI is also called the New Silk Road, as it resembles the ancient Silk Road.

The BRI project was launched in 2013 by President Xi Jinping with the primary goal of development and investment initiatives that covers Asia, Eastern Europe, the Middle East and North Africa.

The main agenda of BRI is to strengthen China’s connectivity with the world.

Therefore, the main focus of this project is on the transportation infrastructure across the countries and regions involved, which indirectly reminisces the role ancient Silk Road in the past.

The construction of the infrastructures, including seaports, airports, bridges, highways, railways and industrial parks along the route, would foster productivity and economic growth.

As a result, the BRI improves the economic integration and expansion between China as a host country and member countries.

In addition, this initiative is expected to boost political cooperation and communication in various aspects, including micro and macroeconomic policies, as well as cultural ties of the BRI countries.

The BRI involves participation from more than sixty countries.

Despite many critiques, China is very committed to developing a sustainable BRI that would further spur economic and trade cooperation, especially between east Asia and Western countries that seemed neglected before this.

The BRI would also foster growth in the digital economy, especially in financial technology, e-commerce and mobile payment that has already taken control of the market.

Both Malaysian and China governments have also facilitated many initiatives to foster the development of the digital economy that has shown tremendous growth, especially after the Covid-19 pandemic.

The digital economy provides room for the existing business to expand into online platforms and digital-based business and entrepreneurship activities to bloom in the market.

Thus, the BRI will further enhance opportunities for countries involved to participate and compete in the global market.

The cooperation between China and Malaysia through the BRI would further strengthen the shared interest in many sectors.

In the tourism sector, Chinese tourists are the third biggest group of tourists that come to Malaysia.

Before the Covid-19 pandemic, 3.1 million China tourists visited Malaysia, and this number is expected to rise, especially after the endemic phase.

Moreover, this trend is expected to increase further, especially after the completion of the ECRL.

This project facilitates connectivity between the East Coast Economic Region (ECER), which is forecasted to be completed in 2030.

It will further boost ecotourism destinations and products on the east coast that are rich with natural attractions.

Therefore, to tap this huge potential, new transnational tourism opportunities and initiatives will be created by the public and private sectors in light of the collaboration between China as a host country and BRI countries.

The different government systems, political stability, economic policy, and diversified culture of the countries remain a challenge in implementing a smooth BRI.

It is very crucial for the China and the BRI countries to maintain a stable relationship to ensure a successful BRI. 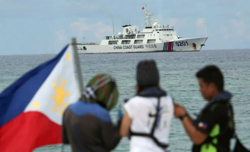