THE popular phrase “when America sneezes, the world catches a cold” has been widely used to explain the spillover effects of the world’s largest economy’s actions on economics, financial markets, politics, culture and policies of the rest of the world.

However, the rise of competing powers such as China - which overtook Japan in 2010 to become the world’s second largest economy - has challenged the validity of the phrase. 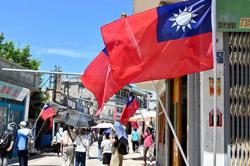