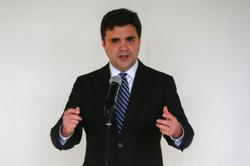 BERSIH 2.0 and the Bar Council organised a webinar last Monday on judicial independence. An incisive and well-researched report was presented and discussed by the panelists.

Among the sub-topics on which animated discussion took place was the creation by law in 2009 of the Judicial Appointments Commission (JAC), which is tasked with the job of recommending candidates to the prime minister.

It was correctly noted that despite the many improvements ushered in by the JAC Act, the PM retains absolute power to select the names to be sent to the Yang di-Pertuan Agong and the Conference of Rulers.

Though the PM is obliged to follow a multi-tiered process of consultation with top judges and to take note of the recommendations of the JAC, he is not bound by any advice given.

Ultimately, the process of appointment of superior court judges is PM-centred. This is not in line with the trend in many democracies of an independent appointment process.

While agreeing with this finding, I made a number of observations in my capacity as a member of the panel. In my view, “independence of the judiciary” goes far beyond satisfactory procedures for appointment and promotion. There are many other dimensions.

Religious groups demonstrating outside the courts and exerting pressure on the government, powerful business houses, and other pressure groups may well coerce or tempt judges into deciding partially. Lawyers may offer inducements. Pressure from senior colleagues (as pointed out by Justice Datuk Dr Hamid Sultan Abu Backer) may well force a judge to alter his verdict.

Second, security of tenure, much more than a proper system of appointment, is important for preserving judicial independence. Many judges, prior to their elevation to the Bench, have strong links with the Executive but successfully sever these ties when elevated.

All human beings are, to various degrees, encapsulated – by time, territory, race, religion, gender, culture, social experience, education, and economic status. Their perception of what is just or unjust, reasonable or unreasonable, true or false, is unconsciously coloured by their “social picture”.

Any study on the independence of the judiciary should concern itself with the inevitable elitist nature of the judiciary and the possible inability of some holders of the office to identify with the problems of the minorities, the poor, the marginalised and those suffering from structural and systemic injustices.

Around the world, the record of the judiciary in this area is blemished. Admittedly, in some cases it is the formal law that stands in the way of justice. But in others, the law is capable of many glorious interpretations, some of which could add moral colours to the legal canvas.

Yet, many judges on the Bench choose an interpretation that devastates the lives of those knocking on the doors of justice. This has been the unfortunate experience of some Orang Asli, some natives of Sabah and Sarawak, victims of violence in prisons and some mothers pining to embrace their infant child who was cruelly snatched away from them by their spouse.

Of course, there are exceptions. The Federal Court’s 2018 Indira Gandhi decision penned by Tan Sri Zainun Ali FCJ was one.

The Indian Judiciary provides illuminating examples of a social conscience and social perspective. In Olga Tellis v Bombay (1986), pavement dwellers, who did manual jobs in the city centre and then slept on the pavement at night, were ousted by the municipality to the outskirts of the city where there were no visible means of livelihood. The court ruled that the deprivation of their livelihood constituted an unconstitutional deprivation of life because life includes livelihood. However, the same Indian judges have a poor record in communal matters.

In the United States, subtle and not so subtle racism is quite evident in the courts. Randall Kennedy’s Race, Crime, and the Law (1997) offers useful illustrations from America’s apartheid years. In the past, some American courts showed utter contempt for the poor.

In City of New York v Miln (1837), the court described paupers as “moral pestilence” and “infectious articles”. Only in the 1940s was this notorious case overruled.

How then can we ensure that judges transcend their personal limitations in interpreting the live dramas that unfold before them in court?

Is it possible for appointing bodies to scrutinise the “social picture” of a candidate? Is it desirable to measure “merit” not only by reference to qualification and experience but also immersion in activities that reflect a social conscience and social perspective?

Ensuring diversity on the Bench in terms of race, religion, region, gender and social background will help. Along with legal safeguards for judicial independence, there is a need for continuing legal education to sensitise judges to the emerging demands and expectations of society and the new tides washing up at our shores.

Another administrative reform could be for our High Court to always sit as a Bench of three so that the cut and thrust of debate and shared or divergent views in the conference room could produce an objective and impartial judgment.

I agree that the JAC is an imperfect institution. It merely recommends and does not appoint any judges. But despite its flaws, its great merit is that it facilitates consultation between the five judges on the JAC and the four eminent members on the suitability of candidates for judicial office. The JAC’s usefulness is worthy of recognition in much the same way legislation committees of Parliament scrutinise bills and advise Parliament on the content of laws.

If data is collected, it may be found that since the JAC’s inception, the ethnic, gender and regional diversity on the Bench has been affected positively, especially since 2018.

Candidates are allowed to apply and intensive interviews by a panel of five JAC members are held. The Bar Council is consulted on the suitability of candidates from the Bar. If a judicial commissioner is seeking confirmation, his/her judgments are read. Data is collected on how many decisions the judge delivered; and how many decisions were reported.

All in all, the JAC has promoted more openness, transparency and discussion before decision. These are the hallmark of democracy and good governance.

But this is not to deny the need for more changes.

Prof Shad Faruqi is holder of the Tunku Abdul Rahman Chair at UM and the Tun Hussein Onn Chair at ISIS Malaysia. The views expressed here are the writer’s own. 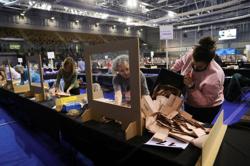