Challenges in the new decade

AS the year and decade come to a close, we thank the Almighty for His many blessings. At the same time, we pray for riddance from the strong turbulence buffeting our nation’s political, legal, social and economic shores.

Some of the problems that are lapping at our feet are rooted in the past; some (like Covid-19) are global and extraterritorial in nature. Whatever their origin, it is for us to tackle the challenges with courage and imagination.

Law Reform Commission: One urgent task is to set up a machinery for ongoing review and reform of our laws, institutions and procedures. I propose the setting up of an independent Law Reform Commission or Law Reform Institute to scrutinise areas of the law in which there is compelling need for growth and change.

The Commission or Institute when established must be independent of the executive so that it can operate outside the political agenda of the government and provide an independent voice for reform and redemption.

Its members must be drawn from all sections of the legal community including the judiciary, the Bar, academia, Attorney General’s office and legally qualified persons from companies and corporations. The luminaries appointed must have expertise, tenure and a full-time job. They must be supported by full-time research and administrative staff.

The Commission’s approach must be inter-disciplinary, socio-legal and not confined to what is called lawyer’s law. The Commission must explore the actual working of the law in practice. Its methodology must be consultative and implementation-minded. It must encourage community participation. This will achieve two purposes: Feedback will be obtained and a sense of public ownership over the process of law-making will be fostered. Decisions in which people participate are decisions they are likely to respect.

The Commission’s aim should be to not only update and modernise, but also to simplify, indigenise and harmonise the law to suit local needs and cater to local circumstances.

Substance as well as procedure ought to be given equal weight. New and more effective methods for the administration of law ought to be devised. The remedial aspects of the law must not be ignored. Justice is not in legislation but in administration.

Every Act of Parliament must contain provisions for a monitoring body to examine the law’s actual operation in society and to suggest reforms to Parliament.

It is a matter of policy whether the Commission should be merely recommendatory or whether it must be given delegated legislative authority to convert its findings into subsidiary legislation subject to disallowance by Parliament.

Given the conditions we are going through, reform must address the following urgent and impending threats to society:

National harmony: For decades after Merdeka, our country was an exemplar of harmonious relations within its dazzlingly diverse population. But we have regressed. Racism and religious bigotry have become mainstream in the peninsula. Every issue, whether a road accident or a breach of trust in public office, is evaluated through the lens of identity politics.

To arrest such polarisation and restore national harmony, we need an overhaul of our educational

system. Admirable examples from Malay history and Sabah and Sarawak traditions can supply us with a template. A National Harmony Act should be enacted to provide for constructive engagements, conciliation and, in the last resort, criminal penalties.

Party-hopping: The shameful phenomenon of political defections or crossing the floor has reached such proportions that we need an anti-hopping law against the opportunism and corruption that underlie most defections. Such a law will prevent the frequent rise and fall of governments and the reversal of general election results by backroom political deals. It may be an antidote to the chronic political instability afflicting the country.

The Federal Constitution must be amended to provide an upper limit to the size of the Cabinet as is the case in most state constitutions.

bodies. Though Article 48(1)(c) disqualifies MPs from holding an “office of profit”, the concept is defined so narrowly in Article 160(2) that only a whole-time office in any of the Article 132 public services is forbidden. This permits

Corruption: Endemic and brazen corruption, especially elite corruption, needs to be arrested and reversed. The Anti-Corruption Commission should be upgraded to constitutional status and be given functional independence to investigate and prosecute crimes. At the moment, prosecutions require the AG’s clearance.

To assist the fight against corruption, we need openness in government. A Freedom of Information Act must replace the Official Secrets Act. The Whistleblowers Protection Act and Witness Protection Act need improvements. We need a Government Procurement Act to regulate tenders. A free and responsible media can hold the government to account.

Check and balance: It is sad to note that almost all check and balance institutions and mechanisms set up by the Constitution and laws to curb abuse of power have failed. The executive has become omnipotent. Even more sinister is the rise of extralegal, elite institutions and groups that constitute a “state within a state”. They wield tremendous, behind-the-scenes

power and operate outside the country’s democratic system to block reform and impose their views and interests on society.

Human rights: Some newly emerging issues are galloping around the outskirts of our legal system. They require humane consideration. Among them are forced disappearances, human trafficking, migrant death camps, plight of the Orang Asli, the disabled, stateless and the poor. Urban poverty and problems of the ageing population require attention. Due to the Covid-19 pandemic, 25% of SMEs are in danger of closure. Gender equality remains a distant dream.

Prisons and detention centres need humanisation. The occasional conflict between civil and Syariah court jurisdiction has human rights implications for the non-Muslims.

Sustainable development: Ecological sins are widespread. The plunder of nature for the benefit of the few must be prohibited. The rights of communities that rely on nature for sustenance are under severe jeopardy.

Predatory development policies show no respect for the goals of sustainable development. We seem to forget that growth for the sake of growth is the ideology of the cancer cell.

Public services: Integrity, professionalism and neutrality in the public services have been seriously compromised.

In sum, there is much to be done in the new decade. We all have a role to play to plant the seeds that may lead to the greening of the landscape of ideas. The government in turn must establish an independent, proactive, participatory Law Reform Commission to keep the streams of law flowing. The Commission must harness the

power of informed and committed citizens to promote the national good.

The author is Holder of the Tunku Abdul Rahman Chair at UM, Tun Hussein Chair at ISIS (Malaysia) and Emeritus Professor at UiTM. He wishes all readers hope and

happiness in the new Gregorian year. The views expressed in this article are his own. 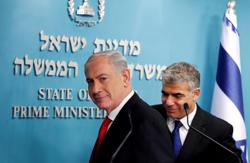