American democracy has become subverted by the rise of many hegemonic groups acting behind the scenes.

FOURTH of July was the 241st anniversary of the American Declaration of Independence. On that historic day in 1776, 13 British colonies in North America cut their links with their oppressor and proclaimed themselves to be the independent, sovereign United States of America.

The Preamble to the Declaration of Independence contains some of the most stirring words ever penned in a political or legal document: “We hold these truths to be self-evident, that all men are created equal, that they are endowed by their Creator with certain unalienable Rights, that among these are Life, Liberty and the pursuit of Happiness.”

The eloquence of this passage distils the moral idealism of the forefathers of America’s independence and their vision and aspiration for the then new nation.

Indeed, in the decades that followed, the Declaration inspired many other similar documents around the world, including the Bill of Rights in the US Constitution. Abraham Lincoln referred to the Declaration in his quest to abolish slavery in the US.

Till today, students of public law around the world look with admiration to the American Constitution’s safeguards for liberty, its protection against state despotism and its vibrant provisions for check and balance of power.

Sadly, however, a wide chasm between theory and reality is discernible. Even in its pioneering years the “land of liberty” violated its lofty ideals.

The US expanded across North America by slaughtering the Native American population. “How the West was won” is a story penned with the blood of indigenous people.

The US wrested Arizona, California, Nevada, New Mexico, part of Colorado and Utah from Mexico. Though professing anti-colonialism, it acquired a few colonies abroad.

Friends of America note with sadness that after World War II, the use of brute military force and “American exceptionalism” have become very pronounced.

In 2015, the US spent US$598.5bil (RM2.6 trillion) on defence, even though it is not threatened by any enemies. It maintains 800 military bases in more than 70 countries around the world.

It is the chief manufacturer and seller of weapons of mass destruction and often uses proxies to sell murderous weapons to both warring sides.

A nation born in liberty has metamorphosed into a nation with an insatiable addiction to war and the ethos of a garrison state. From the jungles of Vietnam to the deserts of Mesopotamia, America remains in constant war to pursue its hegemonic and strategic interests.

William Blum, a historian and US foreign policy critic, has calculated that since World War II the US has nuked, bombed or been militarily involved in 31 countries and has directly or indirectly killed or maimed between 15 and 20 million people, 90% of whom were innocent civilians. Pentagon records their extermination as “collateral damage”.

What is notable is that most of the targets are people of colour, those of the Third World or Muslims. It is not just a coincidence that all the nations being bombed by the USA today happen to be Muslim.

Contrary to what Americans believe, the United States is one of the greatest destabilising forces in the world today. It is also the chief diplomatic, military and financial backer of the seven-decade-old genocide in Palestine.

To assert its impunity and sense of exceptionalism it has done such outrageous things as shooting down an Iranian civilian plane in 1988 (when a US Navy ship reportedly mistook the Airbus A300 for a much smaller and faster F-14 fighter jet), killing all 290 on board. In 1999, it bombed the embassy of China in Belgrade. US officials later claimed it was an error.

Ever since 9/11, it runs offshore torture camps. It arms and finances terrorist groups with a view to destabilising governments it does not like.

It rejects or unsigns international treaties like the Ottawa Convention (the Mine Ban Treaty); the Rome Statute of the International Criminal Court; and the Paris Agreement on Climate Change.

All friends of America wonder why a nation so steeped in democracy and liberty has metamorphosed into such a war-mongering hegemon. The issue requires a separate and fuller examination.

What can be summarised is that American democracy has become subverted by the rise of many behind-the-scenes, hegemonic groups which have acquired such a stranglehold on foreign, financial and military policy that even the President and the Congress cannot defy them.

The CIA operatives, the foreign policy establishment, the military-industrial complex, the arms manufacturers, the oil barons, the gun lobby, the media, the Zionist pressure groups and the major banks constitute a parallel “deep state” that runs America.

This deep state has a vested interest in the manufacture and sale of horrendous weapons, the waging of continuous wars, the destabilisation of unfriendly regions, the control of oil supplies and the maintenance of existing trade mechanisms.

The power of the Constitution, the Congress and the President is more symbolic than real. The American electorate is either unaware or benumbed. Only if it learns more about this sad reality can any change be accomplished. 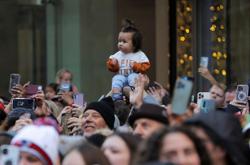 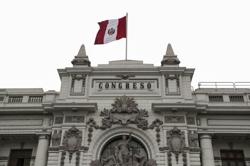