HPV does not have a gender bias

I am a second-year university student who recently met a girl and we are getting quite serious.

One of the important facets of our relationship is the ability to talk about things which are generally taboo and this includes issues such as contraception and the prevention of sexually transmitted infections.

My girlfriend wants to ensure I have a clean bill of health before we have sex. Of this I am confident as I am a virgin.

However, my girlfriend has suggested I should be vaccinated against human papillomavirus (HPV).

I am sure HPV is a disease that only affects women and am surprised she is insisting on it.

I would like to put Dr G on the spot to set the record straight.

What exactly is HPV and how does it cause cancer? If the virus causes cervical cancer what does it have to do with men?

My girlfriend said men are more vulnerable to HPV infection; is that true?

HPV or human papillomavirus is a common DNA virus that is transmissible through direct skin-to-skin contact. The transmission is particularly infectious in surfaces of oral mucosa, the anal area and sexual organs. HPV is considered the most common form of sexually transmitted infection as nearly all sexually active men and women get the virus at some point in their lives. Most HPV infections carry no symptoms but in some cases, these persist and result in cancers of the cervix, vulva, vagina, penis, anus, mouth and throat. There are more than 170 subtypes of HPV and nearly 40 are known to be transmissible by sexual contact. Nearly all cervical cancers are due to HPV, with nearly 70% induced by HPV16 and HPV18.

German virologist, Harald zur Hausen, first published the hypothesis that HPV is associated with cervical cancer in 1976. The idea of a virus causing cancer was ridiculed by the scientific community until several decades later. Zur Hausen's work eventually paved the way for the development of the HPV vaccine and earned him the Nobel Prize in Physiology or Medicine in 2008.

The acceptance of the association of HPV infection with cervical cancer in 1982 allowed scientists to create the vaccine to prevent the transmission of the virus.

The first HPV vaccines became available in 2006 against the crucial HPV subtypes 6, 11, 16 and 18, providing protection of up to 70% of cervical cancers and genital warts. Although the quadravalent vaccine that has been available in the last decade provides 70% protection against cervical cancer, many researchers still do not consider this is adequate.

The development of the new vaccine that prevents the transmission of nine types of HPV was approved by the US FDA in 2014 has been shown to be successful as additional protection against HPV types 31, 33, 45, 52 and 58 have been demonstrated to prevent up to 90% of cancers, and this has generated excitement amongst physicians advocating HPV vaccination.

For the last decade, The World Health Organization (WHO) has put the vaccine on the list of essential medicines and recommends routine vaccinations for girls in countries that can afford it.

In Malaysia, the Health Ministry has provided the vaccine for schoolgirls aged 13. Although parents have the options to opt out of the vaccination program, the take-up rate in Malaysia is reported to be an impressive 95%.

The vaccine is also shown to provide protection for boys from genital warts and certain cancers. Such gender-neutral vaccination programs are only routine in a handful of countries, and parents must vaccinate their sons out of their own pockets.

Despite the common perception HPV infection is only applicable to women, scientific data reveals men are also vulnerable to HPV transmission. The epidemiology study conclusively demonstrates the prevalence of HPV declines in women with age but in men, infection rates remain high with advancing age.

The curious observation is that men tend not to develop immunity as well as women, making them susceptible to recurring infection. In view of that, the overwhelming evidence supports gender-neutral vaccination to induce overall herd immunity.

With such a vaccination protocol, countries like Australia are on course to see the protection of both genders against HPV – even the possible elimination of cervical cancer within one generation.

When Harald zur Hausen first discovered the link between the HPV and cervical cancer, his peers considered him to be naive to consider that a complex pathology of cervical cancer is induced by a simple infection such as HPV. With his persistence in research, he changed the mindset of many, paving the way for the development of vaccines.

More than four decades down the line, it would be naive to imagine the elimination of such cancer when the other half of the gender is considered insignificant and irreverent for such protection. 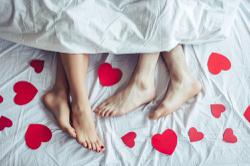