I am a 24-year-old guy who is always curious, especially when the subject matter is about sex.

I recently read an article about genital piercing and upon further research, came across what is known as a “Prince Albert”.

I have no knowledge about genital piercing and am rather hooked on the idea of having some jewellery hanging from my manhood.

I am sure this can be painful, but I guess this is where the phrase “no pain, no gain” applies.

Before curiosity kills the cat and I commit to being the “Lord of the Ring” in the pants, could Dr G enlighten me about the curious practice of the Prince Albert?

Is it purely for cosmetic purposes or are there any benefits to sexual performance?

If enhanced sexual pleasure can be achieved, who does it primarily benefit – the man or the woman? Is the piercing very painful? Can it be removed and put on again, just like a earring?

I have also heard many urban legends about the Prince Albert; can you please confirm or debunk these?

Finally, I am also curious if the Prince Albert will also set off metal detectors at the airport?

The Prince Albert specifically refers to a form of genital piercing that is “a ring-style insertion that extends along the underside of the glans penis, from the urethral opening to where the glans meets the shaft of the penis”.

Various variations of the Prince Albert exist, including the reverse Prince Albert is when the “piercing traversing the urethra and exits through a hole in the top of the glans”. Although many piercings are done for circumcised men through the frenulum in the midline, an off-centre genital piercing in uncircumcised men to allow the surrounding skin to reposition itself is also common.

The initial piercing usually has a small diameter (about 2.5mm), followed by gradual stretching to accommodate the insertion of a ring up to 9mm in diameter. Some piercers may choose to fit wider rings at first instance, but this is at risk of delayed wound healing or even a “cheese-cutter” effect.

Generally, the healing time for genital piercing can range from one to six months, and mild complications such as bleeding, swelling and local inflammation may be expected.

The prince whose name is associated with such genital piercing is the 19th-century prince consort of Queen Victoria – not the current one of Monaco. Why such an unconventional sexual practice is linked to the 19th-century Prince Albert is unknown. He was noted to be uptight about sex and unlikely to go for such a practice.

The contemporary resurgence of genital piercing in modern times is sometimes attributed to an American body piercer, Jim Ward and businessman Doug Malloy in the early 70s. Malloy published a pamphlet concocting fanciful tales of Prince Albert who did the piercing to “tame” his large asset in tight trousers – especially while riding horses. Another claimed the prince suffered from Peyronie’s Disease, where his bent penis needed to be straightened with a ring and a chain. Although wonderful subjects for naughty dinner conversations, these stories remain urban legends and can never be verified.

There is no robust medical evidence to support that the sexual performance in men (or women) with genital piercings is enhanced.

However, some anecdotal reports suggest that piercings such as the apadravya and ampallang (which pass through the head of the penis vertically or horizontally) can heighten sensations for female partners. On the contrary, many reports also say it can bring discomfort when the piercing object comes in contact with the cervix. On a more serious note, vaginal trauma caused by genital piercing has also been reported.

One of the worries faced by body piercers is when your travel companions – unaware of your penchant for piercing – are shocked by the unplanned disclosure during airport security screening. Especially when hand-held detector wands are used, which are often very sensitive and set off an alarm directly over the private parts!

Albert Einstein is well known for saying: “I have no special talent. I am only passionately curious”. In the journey of exploration for better sex, there is often no need to have exceptional talent in bed, but being passionately curious is the key to find pleasure in the most unexpected, including genital piercings. Although the idea of getting a Prince Albert may seem completely bonkers to some, it is also known to bring pleasure to couples when sharing the journey of curiosity.

While staying passionately curious is the key for better lovemaking, it is also crucial to weigh out the risks of pain, infection and the potential irreversible aspect of adding jewels on the crown jewels.

For those who still passionately yearn for a Prince Albert, I wish you good luck – at both the piercing parlour and of course, airport detectors! 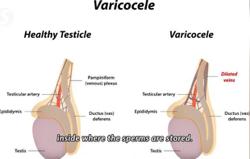 The risk of swollen crown jewels 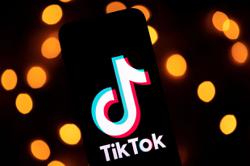