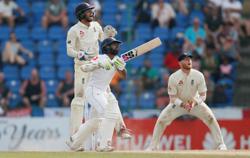 The other day, my 12-year-old daughter, Apsara, broke her guitar, though not quite in the Jimi Hendrix fashion.

“Do you know how many chibis you have to draw to get a new guitar?” I asked. “You have to get 20 orders for your chibis.”

Apsara earns pocket money by drawing chibi, which Dictionary.com defines as “an art style common in anime featuring characters with large heads, large eyes, and small bodies.” The Japanese word comes from the verb “chibiru”, which means “to wear out and become shorter”.

When she was seven years old, Apsara developed an interest in drawing cartoon characters. Powerpuff Girls, an American superhero animated television series, inspired her. “They were funny and cute, and it was a nice show, ” she enthused.

Five years later, she got into chibi after watching some animation on YouTube. “The chibis were cute, nice and simple. But it was harder to draw them than they looked. At that time, I was finding my drawing style, ” she said, intimating that she taught herself to draw anime.

Last year, I suggested to the chibi artist to charge RM20 for a chibi WhatsApp sticker. I did this to teach her to value her talent, to know the value of money, and that it’s not easy to earn a living.

Apsara also learnt about work pressure. She found out that drawing was fun if she did it for fun. But it could be stressful if she was paid to draw, and there was a pile of orders she had to attend to.

I didn’t want to pressure her too much about having to keep to the deadline because I didn’t want her to view her passion as a burden. But at the same time, I had to occasionally nag her to finish them up because her clients were waiting for their finished products.

I also wanted her to learn about financial independence, and not grow up to be like her father.

In the 1990s, when I was studying A-Levels in Kuala Lumpur, I had a collegemate whose dad was talented but wasn’t well off because he abandoned the commercial world and lived off the grid. When she needed extra money, her dad told her to use her writing talent to earn it.

It was mind-blowing for me because when I needed money to go out on a weekend night, I would call my dad in my hometown of Kota Kinabalu and tell him I had to buy supplement textbooks for my sociology and history subjects.

In hindsight, I admire classmates who sold nasi lemak – prepared by their mothers – when we were in primary school. I believe this instilled entrepreneurship skills in them.

To kickstart her enterprise, I commissioned Apsara to do five chibis for RM100. She chibified me with Sabahan phrases like: “kita kita juga baini” (we are all one), “buli bah kalau kau” (can bah if it is for you), “kupi kupi sebelum karaja” (let’s have coffee before working), “aramaitii” (let’s be merry) and “ini kali lah” (this is the time).

I shared the chibis with friends on WhatsApp. Some enquired where I got the “kawaii” (Japanese word for “cute”) caricature of myself.

“My 12-year-old daughter, Apsara, created them. It takes her one hour to draw a chibi. And I paid her RM20 for each, ” I explained.

Apsara’s second client was my friend Desonny Tuzan, the co-owner of Charlie’s Cafe in Taman Desa, Kuala Lumpur. He wanted to be chibified promoting his cafe famous for chicken chop and UFO tart.

Desonny explained that he wanted the stickers because they were unique, and they gave a good impression to his customers. When he WhatsApp-ed the chibi of himself to them, they excitedly responded: “Wah! Really look like you? Wah! You have your own sticker.”

Apsara’s other passion is creating animation. Perhaps, one day, if she wins an Oscar for Best Animated Feature, she might say: “I thank my dad for always being an inspiration to me.”

I hope she does the same if she wins the Best Entrepreneur award, too.

But if she merely breaks another guitar then, I’ll tell her to get her own, like how Hendrix did. 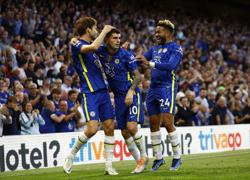 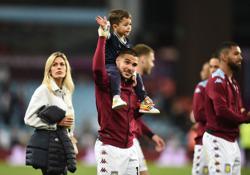 Malaysia is entering a serious food security conundrum
Powerful lessons from Bosnia
Before we implode in chronic anger
Give the youth a chance to lead
When the dispute cannot be solved amicably
Review of 2021 electoral reforms
Ignorance is no bliss when it comes to the prostate Premium
Happy Teachers Day, Cikgu!
Fashion police foibles
Local power moves in Sabah