THEY were monitored closely for the last two months and just when they were about to carry out their attacks, officers from the Counter Terrorism Division (E8) swooped in to thwart their plans.

Create chaos, anarchy and destruction. That was the supposed endgame for the four terrorists who were arrested early this week.

Three more from this Islamic State (IS) “wolf pack” cell were tracked down and nabbed yesterday. Kudos to the men in blue, especially the officers from the E8.

No other law enforcement counterterrorism unit in South-East Asia is as effective as the E8.

Officers co-opted in this unit are the best of the best and chosen for their intelligence work.

These guys are trained to monitor social media, messaging apps and online chatter to identify and weed out extremist elements.

Time and time again they have foiled terror threats from groups such as the IS, al-Qaeda and Jemaah Islamiyah (JI).

The only blemish over the last 10 years was the Movida bar bombing in Puchong in June 2016.

Eight people were injured, but the two attackers were arrested and sentenced to 25 years’ jail.

Despite the PDRM’s history of successfully stopping terrorist attacks, the recent wolf pack arrests prove that Malaysians have to be vigilant and the police cannot rest on their laurels.

“Had they been successful, it would have been devastating,” said newly appointed Inspector-General of Police Datuk Seri Abdul Hamid Bador.

The local mastermind and his six fellow would-be bombers had with them six improvised explosive devices (IEDs) capable of killing thousands in the city if their plans had been successful.

Police believe the six IEDs were smuggled in from a neighbouring country and the terrorists were close to executing their plans, targeting four VIPs as well as non-Muslim houses of worship in the Klang Valley.

The police have confirmed that the terror cell was IS-related, which indicates that even though the group has been virtually wiped out in Syria and Iraq, cells have been formed in other countries (the Philippines, Indonesia and Malaysia are key targets for IS) allowing it to operate independently away from its central command.

This also shows that IS will “localise” a struggle.

The Islamic State’s goal is to establish a caliphate but local militants need something closer to home, a rallying point if you will, to mobilise and radicalise for the cause. The existence of these sleeper cells in Malaysia is deeply troubling, as is the fact that the group was planning to target houses of worship. That is exactly what happened in Sri Lanka last month.

The Easter bombings, which killed over 200 people, targeted churches.

The difference there was that the police were given information beforehand on possible terrorist attacks but they failed to act on it.

Malaysia’s E8 unit, on the other hand, has been given a free hand to act by the police’s top brass once they have actionable intelligence.

This is to be lauded but the government also needs to take other steps to counter the terror threat.

Our problem is twofold – how to stop extremist elements coming in to the country and how do we stop the indoctrination of our young?

The foreign fighters who fought for IS in Syria are coming home.

It is these returning fighters, armed with military training, who pose the biggest threat to peace and harmony in Malaysia.

These extremists are not necessarily Malaysians. The recent wolf pack arrests included Malaysians, Indonesians and Rohingya. In March, six Egyptians and one Tunisian were deported from here.

These seven foreigners had links to terrorist groups.

The Immigration Department needs to be extra vigilant now on foreign nationals from countries with a history of harbouring terrorists or with known terror cells from entering Malaysia.

Nationals from these countries must be subjected to extra security checks at our borders.

Preventing indoctrination or the battle for the hearts and minds of young would-be terrorists is going to be more difficult. The warning signs are already there.

A Merdeka Centre survey last November showed that Muslims in Malaysia are more likely to support global terror groups, including the IS and JI, than their counterparts in other South-East Asian nations.

In a survey of tolerance and susceptibility towards extremism, the pollster reported that 18% of respondents from Malaysia supported the actions of JI, which is linked to al-Qaeda.

This survey isn’t really surprising. Anyone who is familiar with social media will already be aware of the intolerance, the demonisation of minority groups and the peddling of extreme religious views that are prevalent here.

But I believe that it is still not too late to counter this narrative if the government gets its act in order.

Education and social programmes, economic empowerment, employment opportunities and microfinancing – these are the issues that should be addressed.

The writer is reassured with the anti-terror, pre-emptive strikes that are a testament to the intelligence-gathering services of the police force. However, there is a long road ahead if we are going to change the hearts and minds of Malaysians who subscribe to extre­mist views. 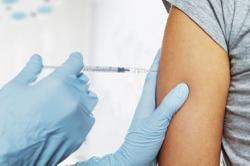