Migraine is more common in women than men and this is partly due to hormonal factors.

ONE in seven people have migraine. It is the third most common disease in the world, and about 2% of patients have chronic migraine.

Migraine is more common in women than men and this is partly due to hormonal factors.

It can affect people from various age groups but commonly starts at puberty. Migraine is more common among those aged between 35 and 45 years old.

People with migraine attacks usually have throbbing headaches, which involve one-sided or whole-head pain. The pain can also be behind the eyes and over the forehead, and it is not uncommon for the headache to switch sides.

The headache can be associated with difficulty looking at bright lights (photophobia), nausea and/or vomiting, and sensitivity to loud noise (phonophobia). Some people may experience sensory or visual aura before an attack.

Apart from drug therapy, one of the major steps in managing the headache is identifying triggers. Triggers for migraine include:

> Bright light (for example, looking at your computer screen or smart devices for a long period of time or in a poorly lit room).

> Sitting for too long in an air-conditioned room, which can cause circulation of overly dry air and abrupt temperature and humidity changes.

> Emotional triggers such as stress and crying.

> Lack of or broken sleep.

> Hormonal changes such as before or during menstruation and taking hormonal therapy or oral contraceptive pills.

Caffeine has been used in combination with other medications for acute migraine, such as acetaminophen, aspirin and ergotamine (cafergot). Caffeine is also present in a lot of other beverages apart from your coffee. Consuming high-caffeine beverages on a regular basis, such as tea, energy drinks and cola will cause the same effects as coffee withdrawal headaches.

Brewed coffee, brewed tea leaves and black tea such as Earl Grey and English Breakfast tea are some of the most caffeinated drinks. The same goes for cocoa beans. The higher the percentage of cocoa in a chocolate bar, the higher the caffeine content is. Twenty-eight grams of dark chocolate contains 12mg of caffeine as opposed to only 9mg of caffeine in milk chocolate. Hence, white chocolate may be a better option for patients with migraine.

The other important dietary substance that can trigger migraine is tyramine. Tyramine is not added to foods but instead produced in food from the natural breakdown of the amino acid tyrosine.

Tyramine levels increase when food is aged, fermented, stored for long periods of time, or is not fresh. These include aged cheeses, smoked fish, aged chicken liver, cured meat, fermented sausages such as salami and pepperoni, oranges, grapefruit, limes, tangerines, overripe fruits, fermented soy food, miso, tofu and tempeh, kimchi, red wine, beer, soy sauce, fish sauce and teriyaki sauce, to name a few. It is therefore important for people with migraine to avoid or minimise intake of these foods and eat freshly prepared meals as much as possible.

Another dietary factor that can trigger migraine is flavour additives or enhancers such as monosodium glutamate (MSG) and artificial sweeteners such as aspartame. You may find that you start getting frequent headaches if you keep eating take-outs or crisps, which may be high in sodium and MSG.

In addition, low-fat and low-calorie foods or snacks may be a healthy meal option, but they contain high level of aspartame, which may not be too suitable for people with migraine. This may be present in low-fat yoghurt or ice cream.

Nitrite or nitrite-containing meats such as hot dogs, sausage and cured and processed meat can also trigger your headache through dilation of blood vessels in the brain.

That said, each individual is unique and may respond differently to different triggers.

Treating migraine with medications alone may not be ideal without lifestyle modification. It is important to keep a headache diary and chart all possible triggers that may cause your migraine attack. A trial and error technique with step-by-step food elimination may help identify your triggers. 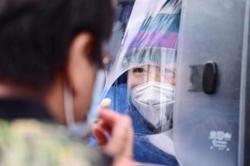 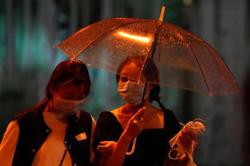