Of Malaysia's leaders past, present and future

Leaders lead in many ways, some good and some bad.

Pope Francis leads by example and by doing so, he has restored the faith of the faithful.

Hitler led with lies and hate – it almost destroyed the world.

Ronald Reagan led with robust yet straightforward oratory. In tragedy and triumph, he restored America's pre-eminence.

It has been a tough 18 months for Malaysians.

After a historic change of government in May 2018, the promised rupture with the past and renewal has been absent.

It is more of the same – politicking, race-baiting, broken promises and failing leaders.

The stratospheric promises made by the current government to overthrow the previous one is not helping it, and there is a general lack of direction and internecine intra-party wars confronting the ruling coalition.

Malaysians, for better or worse, are used to stability. We are not accustomed to the messiness that comes with more democracy, but I guess we have to get used to it as it is the new normal.

Now back to our leaders.

Our past leader, Datuk Seri Najib Tun Razak, is defending himself against allegations that he ordered the murder of Mongolian national, Altantuya.

Despite the trial of the convicted killers of Altantuya running the entire gamut of our legal system, one of the sentenced managed to swear a statutory declaration while on death row (a rare feat indeed) to making these explosive claims.

Najib has seized the initiative by swearing in a Mosque that he has nothing to do with the murder.

Some have argued that "dead men walking" tell no lies but in Malaysia, that may not always be the case especially with the institutionalised system of quid-pro-quo.

Tun Dr Mahathir had a very tough couple of weeks.

As our present leader finds himself in the middle of a prestige battle with Saudi Arabia as the Kuala Lumpur Islamic Summit fell flat after the King of Saudi Arabia complained that the KL Summit seeks to usurp the role of the Organisation of Islamic Conference.

The Prime Minister of Pakistan (a self-confessed superfan of Dr Mahathir) cancelled his RSVP to the KL Summit, clearly at the behest of Saudi Arabia as it is no secret that Pakistan is a modern-day vassal state to Saudi Arabia and depends tremendously on Saudi goodwill.

This is a far cry from the height of Dr Mahathir respect and admiration he enjoyed in the past that was last seen at the last Non-Aligned Movement (NAM) Summit in 2003.

A redemption of sorts for Dr Mahathir may come with the APEC Summit in 2020 that will be hosted by Malaysia.

But given the habit of offending large powers like remarking that impeachment of American President Donald Trump is probably justified and wading into India's internal affairs by commenting on its controversial citizenship law – APEC 2020 may see thin attendance.

Our future leader also finds himself in another imbroglio.

A former aide has accused Anwar, in vivid detail, of sexual harassment and assault.

I, for one, do not believe this fantasy. I mean enough is enough. After all that has happened these 20 years, I would think that Anwar's detractors have improvised their playbook. I hope the police conclude their investigations fast and properly exonerate Anwar. There is no question of political interference like in the past because this time Anwar's party leaders the government and there should be no "fix-up" as it was alleged previously.

Further, the ghost of APEC 1998 that took place not long Anwar was sacked and arrested. Now, the grapevine believes that Anwar will only assume the mantle of leadership after APEC.

Not to forget, Anwar's sacking in 1998 was preceded the publication of a salacious book called "50 reasons why Anwar cannot be PM", and now as the nation expects a transition of power from Dr Mahathir to Anwar, there are the Rawther allegations of sexual misconduct. As I said, the Anwar haters need a new script.

Compounding Anwar’s problems, his deputy and a few other leaders have “gone rogue.” Upset by Anwar’s use of a Malay fable on loyalty during his opening address at the PKR Congress recently, Datuk Seri Azmin Ali and his supporters bolted from the Congres. Later, they had a show of force, at a separate venue, with a highlight being who went to jail first in 1998 while forgetting that history may repeat itself.

As these political parlour games engulf Pakatan Harapan, many are looking onto DAP to provide some stability. But due to the widespread perception that it holds the levers of powers and exude undue influence over the government – they have chosen to stay silent.

So, what do we make of our leaders’ past, present and future?

It is testimony to the sad state of affairs we find ourselves in.

However, it is a historic opportunity for Malaysians to move beyond these leaders and look to the future. We must not hero-worship our leaders neither should be overly forgiving and indulge their failings. It is a mistake I made, which I now sorely regret.

We must be critical and hold them accountable – at all times.

We need a leader who can provide an injection of hope, oratory, vision and gravitas that is required in order to restore our country. Malaysia needs someone who can help her move on from the past and chart a new course – one that is progressive, gentle, just and equitable.

As this is my last column for 2019, thank you for all the comments I have received, most of them constructive. I will do my best to write it as I see it. 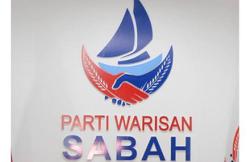