When form and substance collide – the MACC appointment

Many Malaysians, me included, expected a more consultative and cooperative form of government as Pakatan Harapan (Pakatan) dislodged Barisan Nasional (Barisan) – one that would give equal importance to form and substances and exercise its vast powers with restraint and in the best interests of Malaysians.

The central weakness of the Barisan power model and modus operandi were the pre-eminence of the Prime Minister (PM) and the powers vested in the office of the PM.

The Federal Constitution vested enormous power in the PM, and that power was systematically enlarged during the first tenure of the current PM.

In fact, the Malaysian version of the “week of long knives” and “Black Tuesday” – to borrow the words of Pakatan stalwart Lim Kit Siang – was only possible because the power of the PM to hire and fire constitutional officers was so wide and there was no check and balance. Neither was there a need for the PM to justify his actions and no obligation to follow due process.

Again, to borrow Lim’s words, Datuk Seri Najib Tun Razak in 2016 acted in a “constitutionally correct” but “politically incorrect” way when he removed the MACC chairman, the Attorney General, the Deputy Prime Minister and another cabinet member in order to scuttle a probe into the 1MDB affair.

Further, the appointment of Tun Mohd Raus Shariff and Tan Sri Zulkifli Makinuddin as Chief Justice and Chief Judge of Malaya respectively was also possible because the PM’s power to advice the King on such matters are largely unfettered.

While the constitutionality of these two appointments was in doubt, again it was possible because of the near supremacy of the office of the PM and the powers it wields.

So, the disquiet over the appointment of Latheefa Koya as the MACC Chief Commissioner is understandable within the context of Pakatan’s manifesto. And most of the discontent is emanating from the Pakatan ranks, and I can only speculate that even these internal critics realise that not much is being done to stay true to the letter and spirit of the Pakatan Manifesto.

And that is leading to jadedness amongst their supporters.

The Pakatan Manifesto contained a very solemn and fundamental promise. Promise #14 stated, and I reproduce it in full here:

“MACC is the most important agency to fight corruption in Malaysia. Public trust in the MACC is of paramount importance. Pakatan Harapan will give the full mandate and trust to the MACC to perform their role.

"The Pakatan Harapan government will upgrade the MACC to a commission that is recognised in our Federal Constitution, similar to the status of the Election Commission of Malaysia. This enhancement will allow MACC to have its own powers and autonomy, including appointing its own officials and receiving guaranteed financial allocations, protected by the Federal Constitution. MACC will report directly to Parliament, rather than to the Prime Minister.

Furthermore, there is also an appointments panel in Parliament that is supposed to vet and evaluate key appointments like that of the MACC Chief Commissioner. Hence, while the PM is within his power to unilaterally make a recommendation to the King to appoint anyone he sees fit to head the MACC, it is important for Pakatan leaders to also respect the very procedure of appointments they espoused and

voluntary constraints on the powers of the PM to make such appointment to ensure there is no abuse of power.

It is this kind of mentality that allowed Barisan to rule for over 60 years, and we are also too willing to give our current leaders similarly wide latitude. I say this with a caveat that not all Malaysians are like this.

So now as the brave ones speak up over the failure to respect the principles and express promises of the Pakatan Manifesto, it must be welcomed. Pakatan chose to hold themselves to a higher standard in the era of Malaysia Baru, and they should be held accountable to these standards.

In a WhatsApp group chat of concerned Malaysians of which I am a member, one person said the entire brouhaha over Latifah’s appointment was unnecessary as SOP (which I reckon is Standard Operating Procedures) on appointments of key position like MACC Chief Commissioner are insubstantial as long as the “bad guy” is caught.

I normally tend to be passive in such WhatsApp group chats, but this remark provoked me into responding.

I replied, “Then what’s the use of processes? And if eschewing these processes for the sake of expediency lead to bad decisions in the future, Malaysians will raise a hue and cry once again. The idea of processes is to ensure bad decisions are not made, it was not followed in the past and we found our key institutions compromised, and now because we somehow think we have this benevolent and incorruptible government there is no need for checks and balances, but one day this government, like all governments, will fall prey to temptation and those very processes we say are unimportant may be the only bulwark against abuse of power.”

Everyone went silent for a while after that.

It is this same quest for expediency and the general aversion to settled constraints on power and disregard for procedures of appointment that led to the abuse of power that Pakatan politicians used as a rallying cry to overthrow the previous government.

However now that they find themselves in power, suddenly all of these constraints are seen as an unnecessary hindrance.

I have nothing against Latheefa, and if testimonials from eminent personalities as to her virtue, work-ethic and integrity are anything to go by, then she will make a fantastic MACC Chief Commissioner and do what the ACA and later MACC failed to do – clean up Malaysia and free it from the scourge of corruption.

However, her appointment has cast a pall simply because those in power decided they need not follow procedure and self-imposed constraints on the exercise of their powers.

Now we have this whole distraction which could have been completely avoided if a little more effort was made to be consultative and keep to Promise #14 of the Pakatan manifesto.

I reckon this collision of form and substance has forced Malaysians to ask this most important question: is Pakatan serious about its manifesto promises or is going to be a case of the more things change, the more they remain the same? 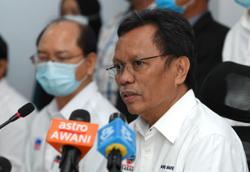 ‘It’s for Parliament to decide’ 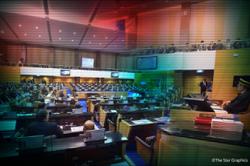