The voice of progressive Malays

Rahman (on the left) and Syazwan

IN between the balanced English-language news portals and the Malay-centric Malay-language news websites and Facebook pages, OrangKata.my wants to be the middle ground.

OrangKata.my (people say) is a Malay-language news website which wants to put out progressive and centrist views to a mostly Malay audience.

“We want to build a bridge between the two. Our core topics of discussion are politics and religion. But we also write about sports, art and culture, education, economy and just about anything, ” said Mohd Syazwan Rahimy, the co-founder of OrangKata.my.

On Tuesday, I had a chat with Mohd Syazwan, 34, and Rahman Imuda, 25, who is OrangKata.my editor-in-chief, in a cafe in Petaling Jaya about the website that was launched in January.

Their first three articles were on the smoking ban (on imagining Neelofa telling a smoker not to smoke as they would not get married), football (on the controversial transfer of Akhyar Rashid) and Algerian Amir Abdul Qadir al Jazairi who sheltered Christians.

They told me that their articles usually have a twist that they relate to the Malaysian identity that we’re a multicultural community.

But for the Akhyar story, the editor decided to run it to gauge and capture audiences who are not necessarily politically aware.

After GE14, Rahman said there has been a loud noise, especially by the Malay right-wing, using race and religion in the digital world.

“We have extreme people commenting, especially on social media. That’s why OrangKata.my aims to bring these people to a more progressive, centrist view, ” he said.

What’s ailing the country is Malaysians are not united, said Mohd Syazwan.

“People not understanding another person’s view. People want to raise their voice and put out their sentiment instead of listening to others, ” he said.

According to Rahman, the current top three hot topics among their community are Zakir Naik, the Umno-PAS unity pact and the economy (the boycott movement).

On how the news website tackles these issues, he said it would give an alternative perspective.

However, they admit that it was challenging to advocate an alternative perspective to a core Malay audience who had a fixed view on these issues. Some of the comments on the OrangKata.my Facebook page are hostile to the point where there are “threats, or that they bring up fiery racial sentiments, or that we are merely agents of a political party or a religious group”.

These comments are not demotivating for Mohd Syazwan and Rahman, however. This is because for them, when people respond to their articles, it means that they were reading it.

“Hopefully, it triggers a certain part of their brain that what we talk makes sense, ” said Mohd Syazwan.

On why it was not easy to change the mindset, the OrangKata.my co-founder said it was because we’ve been governed for 60 years to think that way.

I told Mohd Syazwan that it was convenient to blame the Barisan Nasional government on what the liberals think was ailing the country. But, I said, it has been 500 days of Pakatan Harapan rule, and we should be seeing a new Malaysia.

It boils down to three layers of issues, he said.

Firstly, it is the expectation of the people. Pakatan did not get the popular vote, he said.

Secondly, it is about the Pakatan election promises and manifesto.

If you don’t fulfil these, he said, even those who voted for you are going to make noise. His news website has published several articles criticising the government on the unfulfilled promises.

Thirdly, it was about communication. Pakatan was not able to capture the narrative even with an open mass media.

“They’ve lost that too to (Datuk Seri) Najib (Razak) and PAS to their Facebook audience, ” he said.

Mohd Syazwan added that the government also had to play politics as it did not have the confidence it had the support of the Malays.

I told OrangKata.my co-founder and editor-in-chief that Malaysians were different on social media and real life.

“On social media or in the media, I get the sense that there is a religious and racial ticking time bomb in the country. But in reality, the Grab pakcik (uncle) and the nasi lemak makcik (auntie) have no time or inclination for these issues. They want to make a living in a harmonious Malaysia, ” I said.

“The concept of anonymity on social media brings out the worst in people, ” said Mohd Syazwan.

But he warned that it only takes one bigoted person to change the mindset of the masses. Online, he argued, was where opinion was shaped.

“I’m talking about youth who know life through the Internet via YouTube, Instagram and Google, which might not be in tune with reality. But that is where some people shape their thinking, ” he said.

And that is where OrangKata.my wants to be so that it can shape the middle ground. 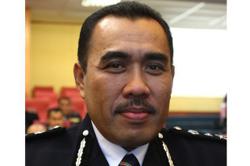