The Constitution, the law and the PM

I was at the Emeritus Professor’s office at Universiti Malaya’s law faculty in Kuala Lumpur to ask him about who – Constitutionally – is eligible to replace the Prime Minister if the post becomes suddenly vacant.

But then, as Shad Saleem notes, the death of a Malaysian Prime Minister is not unprecedented. It has happened once in our history.

But, Shad Saleem said, that sort of a transition might not happen if the situation arises again.

But in Malaysia, he said, we are in political waters and not legal waters when it comes to succession. “In other words, the issue is more about convention rather than law, ” he said.

He said the Cabinet is recommended by the Prime Minister and if he resigns, is voted out of office or dies, technically, his ministers no longer hold posts.

“It is a conventional post totally at the discretion of the Prime Minister.

He need not appoint anyone as DPM. I don’t agree with the view that the DPM will be the acting Prime Minister.”

Shad Saleem said we should not undermine or show disrespect to the role of the Yang di-Pertuan Agong in such situations.

“The King has to step into the breach, and he has to supply the steadying hand, ” he said.

He said the Yang di-Pertuan Agong is required by law to observe three minimum requirements when deciding on a Prime Minister:

> The person appointed must, in the opinion of the Yang di-Pertuan Agong, be able to command the confidence of the majority of the members of the Dewan Rakyat. “So just because someone is the Deputy Prime Minister, it doesn’t mean that he or she would be able to command the confidence of 112 out of 222 MPs. This is an assessment the Yang di-Pertuan Agong must make, ” he said.

“And I don’t think it’s a subjective, arbitrary assessment. The Yang di-Pertuan Agong must consult with all the other political stalwarts in the country and the leaders of the various political factions. You can never know when a Prime Minister dies, there may be realignments, (party) hopping, crossing the floor, there may be new relationships or new alliances created.”

> The person appointed as PM must command the MPs’ confidence because, otherwise, on the first day the Dewan Rakyat meets, the representatives could pass a vote of no confidence against the appointee.“In which case that would embarrass not just the Yang di-Pertuan Agong, it would create a lot of uncertainty, ” he said.

> The third requirement the appointed PM must fulfil – which the DPM and Cabinet ministers need not – is he or she cannot be a citizen by naturalisation or registration.“In other words, he or she must be a citizen by operation of the law, ” said Shad Saleem.

(It is interesting to note that three current potential PMs were born overseas and, depending on the status of their citizenship, they might not be eligible for the country’s top post.)

Shad Saleem said the Constitution imposes no gender, race or religious requirement. He also said the PM need not be the leader of a political party.

“The Constitution does not mention political parties. The PM may be a compromise candidate who commands the confidence of the majority party or coalition, ” he said.

He went on to say that in picking the next PM, the King has three-plus-one (the naughty option) alternatives:

1) The Yang di-Pertuan Agong consults party leaders and members of the ruling party or coalition who may agree or disagree with him about the elevation of the DPM.

“So that’s the first choice, after proper consultation elevates the DPM through a formal oath-taking appointment, ” Shad Saleem said.

2) The Yang di-Pertuan Agong can create an interim or provisional caretaker PM while he consults politicians and advisors and weighs all the options.

“Perhaps the highest-ranking Cabinet minister, DPM, Home, Defence, Foreign or Finance Minister, may be appointed.” But this is a temporary provision to enable the Yang di-Pertuan Agong to measure the mood of Parliament and to familiarise himself with the new political alignments that are inevitable once the PM leaves the scene for whatever reason, ” said Shad Saleem.

“He talks to the potential candidates and says, ‘I give you one week or two weeks to give me a list of 112 MPs who support you’.”

In terms of duration, Shad Saleem said there is no set period: “In some countries, the interim PM was in office for six or seven months.”

How powerful would the interim PM be? According to Shad Saleem, convention clearly restricts his or her power: “No major decision or appointment can be made. You’re basically holding the fort. In cricket, they say, ‘hold the wicket’, ” he explained.

3) The King can also appoint a senior Cabinet minister or popular MP or compromise candidate who commands support as PM.

“If the ruling party or coalition is deeply divided, or if there is a hung Parliament, the King will have considerable discretion, ” said Shad Saleem.

He noted that in India, after Indira Gandhi was assassinated in 1984, her son Rajiv, who held no Cabinet post, was appointed as PM by the President of India, going on to quip that “the son also rises” in India. This could also possibly happen in Malaysia.

4) This is the “little bit naughty” and controversial possibility Shad Saleem brought up: “Could the Yang di-Pertuan Agong appoint someone from the Dewan Negara?”

According to the Constitutional expert, “The answer to that is obvious: No.

“Article 43 (2)(a) is very clear that the PM must belong to the Dewan Rakyat. But, sadly, as in life, so in law, sometimes the borders are pushed further and further, ” said Shad Saleem.

The professor pointed out that this had happened in Selangor: When Tan Sri Muhammad Muhammad Taib had to resign as Selangor Mentri Besar because of a financial scandal in 1997, then PM Tun Dr Mahathir Mohamad did not pick an assemblyman from the state.

“Dr Mahathir relied on a British precedent and recommended Tan Sri Abu Hassan Omar, who was Domestic Trade and Consumer Affairs Minister and an MP, as Menteri Besar. Abu Hassan then contested in an engineered by-election and won. Everything was Constitutional and legalised, ” said Shad Saleem.

The same thing happened in Britain in 1962. PM Harold Macmillan of the Conservative party resigned due to ill health. His party chose a new leader from the House of Lords (equivalent to our Dewan Negara), Lord Alec Douglas-Home.

“The PM was supposed to belong to the House of Commons, but the Queen appointed him. Lord Home gave up his peerage to become Sir Alec Douglas-Home. He contested in a by-election and won. Everything was regularised and Constitutionalised, ” he said.

Shad Saleem, who practically knows the Federal Constitution by heart, ended our 45-minute conversation with this bit of practical wisdom: “I just want to alert you, in Constitutional law, the law is what happens. In other words, you can push the borders, and if you get away with it, that’s the law.” 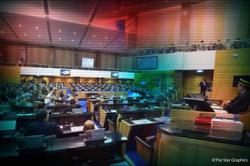 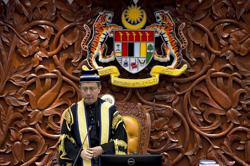 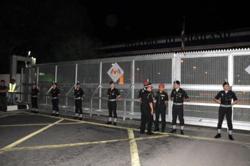